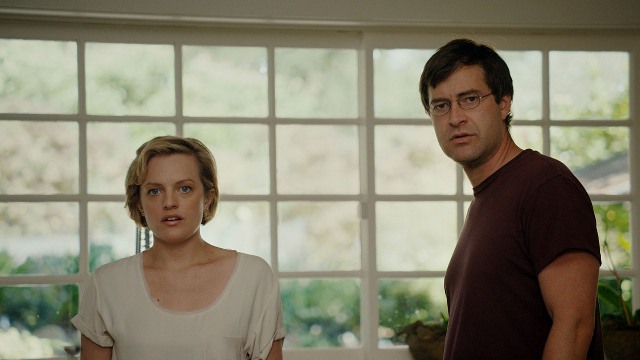 The One I Love

The One I Love

More “mature” hipster couples (read: in their early 30s) seem to be the growing target audience for a lot of romantic comedies these days, with movies like Take This Waltz, Drinking Buddies or Neighbours featuring a quirky couple that have proper jobs or a baby, but have a record collection and still get drunk or smoke weed occasionally. You could add Charlie McDowell’s directorial debut to the list, with this fun and witty gem of a film starring lady nerd boner provider Mark Duplass and Mad Men’s Elizabeth Moss as a married couple with problems.

The film opens with Moss and Duplass attending couple’s therapy to discuss their cheating and lack of sex with none other than Ted Danson (their only co-star) who recommends an idyllic cottage retreat as a solution to their problems. Once they get there, shit hits the fan, as they say, but since no other reviews are spoiling it for you, I won’t either. Let’s just say, it gets weird, but not that weird: don’t expect aliens or dragons.

Comedy, drama and softball sci-fi mix together for a simple premise that is such a treat to watch. Screenwriter Justin Adler’s script was only 50 pages, giving Moss and Duplass a lot of space to improvise, which they do seamlessly. A lot is left unexplained, but it works and is even quite refreshing compared to other American films where every detail is meticulously over-explained as if the spectators were drooling Neanderthals. This is quite simply a pleasantly intelligent, funny and original film that’s a breeze to watch at under 100 minutes. (Roxane Hudon) 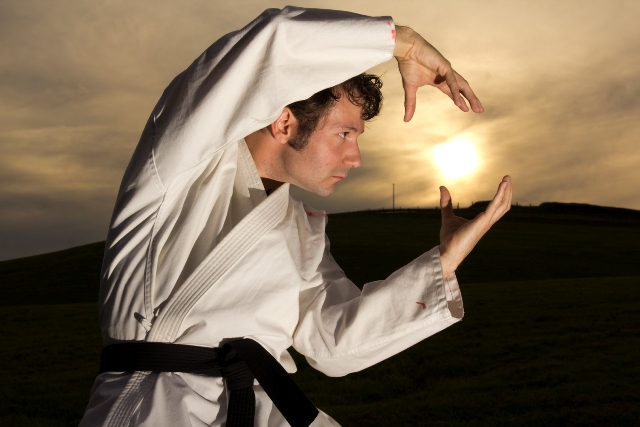 Matthew Bauckman and Jaret Belliveau’s documentary portrays Elliot Scott, a small-town Nova Scotia director and star of no-budget martial arts movies with a sense of self-confidence that seems wildly disproportionate to his talent.

You know something is off with Scott’s personal mythology from early on, when the self-described kung fu champion’s awards are revealed to be a few prizes in small regional competitions. But Scott is not one to let reality get in the way of his ambition, continuing to make movies (shot on a tiny digital still camera) with the help of his long-suffering girlfriend Linda Lum and concocting ever more grandiose schemes.

The level of access that Bauckman and Belliveau get makes for a bracingly honest portrait, but Scott’s artistic dreams (or delusions) don’t come with nearly enough scrappy charm to make up for his deeply unlikeable character. At first you feel that the filmmakers might be poking fun at their subject, which is uncomfortable enough, but then the doc just gets darker and darker, which brings a certain amount of creepy voyeuristic chills but doesn’t make for a particularly enjoyable experience. (Malcolm Fraser)