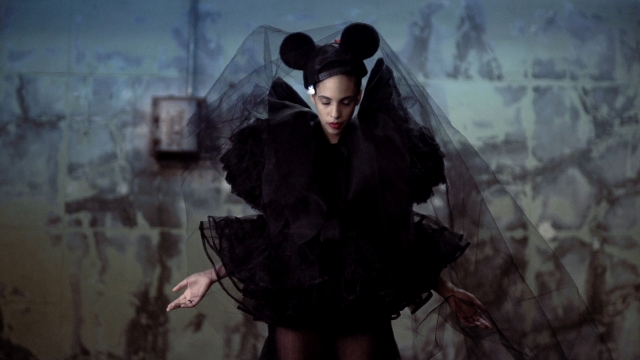 At times, it feels like the MEG (Montreal Electronique Groove) Festival gets overshadowed by larger events with more sensational line-ups during an already crowded summer festival season. However, a click back in time through MEG flyers of years past reveals what many have known for a long time: that MEG brings new artists and sounds to the stage, and a number of them have made their Montreal debut at MEG before going on to widespread recognition and critical acclaim.

Of course, I’m talking about M.I.A., Crystal Castles, Girl Talk and M83, but over the years, there’s been a slew of local artists too, such as Chromeo, Tiga and Duchess Says, who went on to bigger things after appearing at MEG.

This year, the festival will play host to dozens of local and international artists representing pop and indie rock, hip hop and electronic music, and with the vast majority of artist falling into the latter category. The festival takes place over 10 days starting on July 24 and during that time you can catch shows in half a dozen venues around town, including a free event at Place des Festivals and the infamous annual boat party that sets sail from the Old Port and winds its way up and down the St. Lawrence River.

Glaswegian producer and DJ Rustie returns to Montreal to headline MEG this year. His 2011 debut album Glass Swords was hailed by many as the album of the year, and in the time since then he has released a few singles that have kept the buzz for his unique blend of j-pop, hip hop and 16-bit beats alive.

“In 2011, he had a new sound and a lot of artists, in my opinion, listened to that and thought, ‘Okay — that is going to be a part of what I am going to do in the next few years,’” says festival programmer Xavier Habouzit. “He has a new album coming out in late August. He’ll be playing new sounds. His new single [‘Raptor’] is crazy!”

Local synth songstress Mozart’s Sister is another artist to watch out for. As Hasbouzit explains, “She has a new album coming out in early August, and this will be her only show in Montreal for the summer. It will be a good way to get an idea of what is going to be on the album.”

Other local acts taking the stage this month are APigeon, les Anticipateurs, Foxtrott, Suuns and Seoul, but the MEG Festival has always had a strong connection to the Gallic electro scene, owing to the French origins of both Hazbouzit and the festival’s founder and director Mustapha Terki. MEG was responsible for Justice’s first appearance in Montreal in 2005, and the now legendary Ed Banger Records showcase in the Savoy room at Metropolis in 2006. This year is no different in that regard, as acts like the mysterious Danger and Acid Arab, who, true to name, blend acid house with the traditional rhythms and instruments of the Middle East, are set to headline events at le Belmont and the MEG boat party, respectively.

When asked which MEG 2014 artist he thought had a good chance at breaking out of the Montreal scene and gaining exposure further afield, Hazbouzit touts local beat maker and DJ Pomo as the one to watch out for.

“I think [he] is going to have recognition. He’s a great guy and he has some wonderful productions. Summer is the perfect time to listen [to his music] and I think we may hear a lot about him in the next few years.” ■
The 16th edition of the MEG festival is happening at various venues from July 24 to Aug. 2

Enter a contest to win a pair of tickets for the MEG boat here.