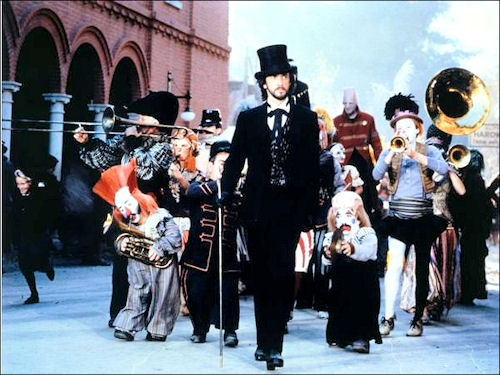 Something Wicked This Way Comes

Kier-La Janisse does a lot of things. She’s programmed for festivals all over the world. She’s contributed to an incredible number of film publications. She’s had a documentary made about her. She ran the legendary Blue Sunshine micro-cinema (with David Bertrand) here in Montreal for nearly two years. She wrote the highly acclaimed biography / horror theory tome House of Psychotic Women, which she launched at Fantasia two years ago. This year she returns with the first book in her very own Spectacular Optical book series.

Kid Power! is an anthology of essays about cult kid-centric films from the vaults. Janisse (who co-edited the tome with Canuxploitation founder Paul Corupe) has assembled a crack team of film writers, scholars, programmers and other film buffs that include Fangoria editor-in-chief Chris Alexander and Montreal’s own Rick Trembles to cover a wide variety of oddities made for children, from Hal Roach’s short-lived follow-up to Our Gang in the 1940s to ABC Afterschool Specials (one of the many topics about which Janisse is eerily knowledgeable) to Canadian mainstay The Peanut Butter Solution.

“Aside from a general nostalgia about films and TV shows past, so many people I know talk frequently about the changes in the childhood experience between the 1970s and now — many of us were latchkey kids and spent a lot more time fending for ourselves than kids do now, at least in a middle class socio-economic group. There was a lot of strange and powerful children’s programming back in our day and that became the starting point of the book,” says Janisse.

Her own contributions to the book are two essays about the aforementioned Afterschool Specials as well as a lengthy interview with the star of Ken Loach’s Kes and an interview with director John Hough (Escape to Witch Mountain) and his son, Paul. The heavily illustrated 260-page tome was funded partially through a successful Indiegogo campaign and will be available for an exclusive launch price of $25.

Janisse already has plans for the second Spectacular Optical release, tentatively titled Satanic Panic: Pop-Cultural Paranoia in the 1980s. “The proposed follow up anthology (…) will be about the different types of media — film, TV, talk shows, books, commercials etc — that explored the widespread fear of a Satanic conspiracy throughout North America in that decade,” she says. ■