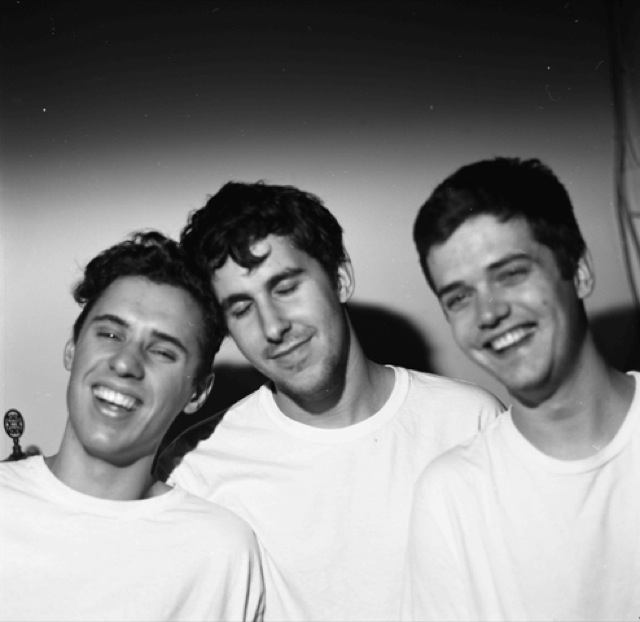 Hip hop’s go-to instrumental jazz trio BadBadNotGood will be in somewhat unfamiliar territory during their next visit to Montreal: a jazz festival.

Yet the early 20-somethings — keyboardist Matthew Tavares, drummer Alexander Sowinski, and bassist Chester Hansen — are not shying away from the challenge.

“You get a bit jittery because you know there are going to be people there who love and play jazz music,” says Sowinski over a recent Skype conversation, hours before the three members were set to spin soul tunes — their current muse — in their hometown of TO.

“But we don’t worry about changing up styles because this is what we love to play. We’re not claiming to be super heavy musicians or on some next level technical ability.”

Their latest album, III, is a notch above their previous work, as it’s their first offering of all-original material. They first made waves by covering popular rap tunes, drawing the attention of artists they were covering. It’s safe to say they’re the only band at this year’s Jazz Fest that Tyler the Creator has publicly lauded as “sick.”

“Every day we’ll get a tweet from someone,” says Tavares, “saying ‘Yo, swag, I got into jazz because of you guys. #BBNG’.”

And they’ve since added even bigger names to their Rolodex.

“We played a show with Ghostface last week in New York, and it was fucking crazy,” says Sowinski. “We got to play ‘Mighty Healthy’ and some of his biggest hits live.”

The group also just released a single with the Wu-Tang Clan legend, “Six Degrees.” The two-year- old beat they provided was their first foray into analogue recording. After leaving their old basement space (owned by Sowinski’s father), they built their own jam pad with III producer Frank Dukes. The album was recorded elsewhere, but the trio iPhone-demoed take after take of each song in their renovated garage, dubbed Studio 69.

The goal of the record, besides analogue warmth?

“We love improvising and being aware of harmony. We want to have an open mind about how a song can be created,” Sowinski says.

Later on, when talking about their current obsession with finding the source material for Madlib samples, Sowinski offered up this theory as to the vibe they’re trying to capture.

“Sometimes you find these albums from the ’70s where a band had only one opportunity in their heyday to craft something significant. They didn’t have the internet or the resources to try out a million styles—they had one chance to create one album. Sometimes you just can’t fuck with the sound of a record like that.” ■