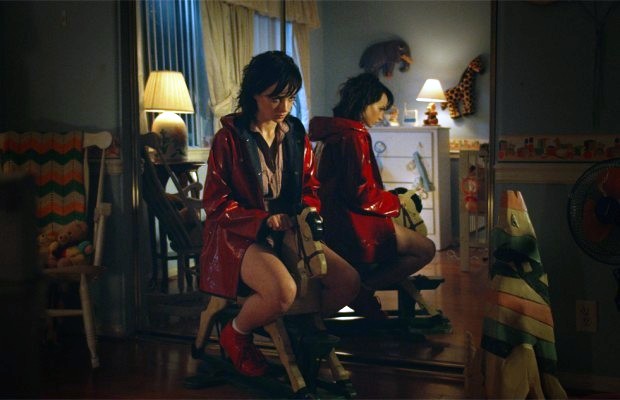 At the Devil’s Door

At the Devil’s Door

A house with a “diabolical past” and a babe who masters a constantly slightly-frightened expression: American filmmaker Nicholas McCarthy promises to give this tired plot a new twist with his second film (following his 2012 debut The Pact). Unfortunately, the end result is more or less a lot of the same.

Sometime in the ’80s, a rebellious teen is pushed by her boyfriend to play a weird game with a creepy old man in a trailer, after which he tells her that “He” has chosen her. Fast forward to decades later: real estate agent Leigh (Catalina Sandino Moreno) is tasked with selling a simple suburban home, while struggling within her relationship with her sister/ babe-artist-with-a-dark-side Vera (Glee’s Naya Rivera). Without revealing too many of the plot elements and steal your spook, let’s just say that the past catches up with the present in a manner that is quite frightening.

Filmed on a much lower budget than the usual Hollywood “possessed house” genre we’re used to, McCarthy successfully makes your skin crawl with impressive cinematography and shadow tricks that’ll make you jump in your seat. While there is a lot of potential in McCarthy’s non-linear narrative that switches back and forth between then and now, he unfortunately leaves too many plot holes along the way and the outcome is more odd than it is scary. This being said, for a second film, it’s an ambitious feat to attempt to put your own spin on a story that’s been done over and over again. (Roxane Hudon) 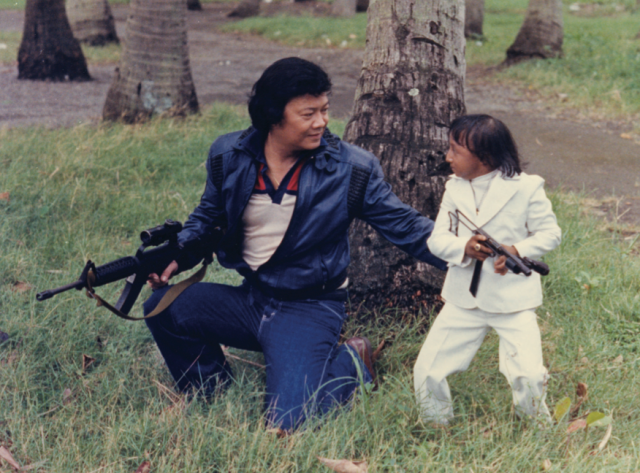 The Search For Weng Weng

There are certainly surface similarities to draw between The Search for Weng Weng and the Oscar-winning doc Searching for Sugarman. Both feature obsessive fans travelling halfway across the world to learn about obscure pop-cultural figures (both of whom are afflicted with, it must be said, unfortunate haircuts) that have permeated their subconscious; both feature what’s probably exaggerated assessments of the quality of those figures’ actual outputs. Where Malik Bendjeddoul’s film resulted in exhumed albums and a surge of popularity for Rodriguez, Andrew Leavold’s film has a much bleaker outcome.

Cult movie fans may have heard of Weng Weng, the pint-sized Filipino star of an obscure but cultish film called For Your Height Only (Weng Weng holds the Guinness record for shortest leading man in a feature film, which has kept the otherwise obscure film in moderate cultural circulation). Yet beyond that one staple of bad-movie nights, little is known about Weng Weng outside of the Philippines. Australian cult movie obsessive and video-store owner Leavold becomes fascinated with the idea of Weng Weng and travels to the Philippines to learn more about the man.

What he uncovers is a surprisingly in-depth oral history of the most productive period in Filipino cinema, where the country was producing 300 films a year and selling the adventures of the 2’ 9’’ Weng Weng globally. A veritable pillar of the industry, Weng Weng was nevertheless treated poorly by producers, paid very little and often treated like little more than an interesting novelty. While a straight-forward biography may have found itself treading water (Weng Weng died penniless of a stroke at age 34, having only made a handful of films), Leavold goes surprisingly in-depth about the Filipino film industry, eventually finding himself invited to Imelda Marcos’s 83rd birthday party (!) and interviewing most of the major figures of the period. It stands as an invaluable document of international cult cinema, to be filed alongside Mike Malloy’s Eurocrime! (which screened at Fantasia in 2012) and Mark Hartley’s seminal docs Machete Maidens Unleashed and Not Quite Hollywood. (Alex Rose)