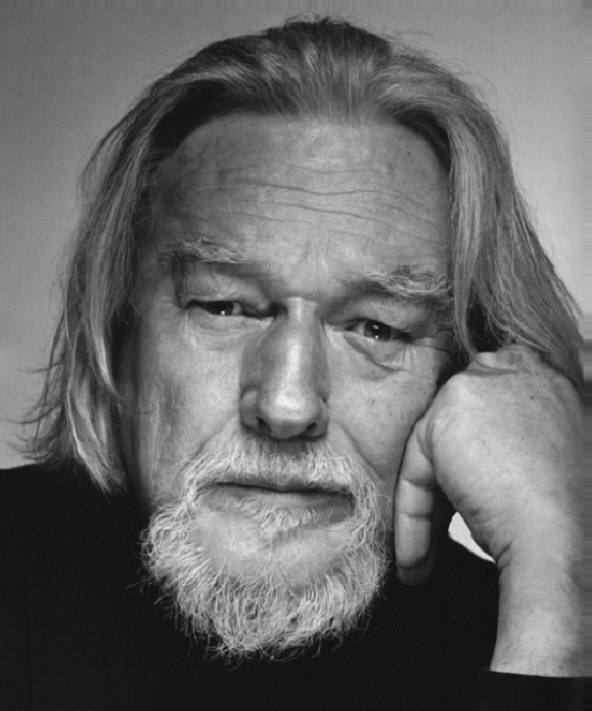 He may not be as sexy as Diana Krall, but in many ways Vic Vogel will be the artist to catch if you want the heart of the Festival International de Jazz de Montréal as it celebrates its 35th year.

Vogel was there when the festival opened in 1980 and he’s been there more often that nearly anyone else, providing an authentic brand of jazz steeped in a lifetime of devotion to the music.

On the Jazz Festival, he’s quick to observe that “it’s gotten more commercial. It’s less of a jazz festival than a new music festival, because most of the jazz guys are dead,” he says.

The festival also changed drastically when it began to feature non-jazz artists. “I think it started to change when they put James Brown in there. What the hell is he doing in a jazz festival?” But he is philosophical about the watering down of jazz programming to pander to public taste and the commercial imperative and adds that “you’re always going to get the purists saying it’s not jazz, it’s not bebop, it’s not this, it’s not that — the traditionalists, you know — but you’ve got to let it evolve on its own. It’s music anyway.”

The non-jazz music raises the question of defining jazz. What is it, anyway? Vogel answers simply: “It makes your feet tap. You’ve got to tap your feet and smile.  That’s jazz. And it’s in 4/4 ! It took me half my lifetime to learn how to play in 4/4.”

Born Viktor Stefan Vogel in 1935 in Montreal to Hungarian parents, Vogel began playing piano at the age of five and eventually also learned the trombone, tuba and vibraphone, and composed and arranged music.  He played his first professional gigs as a teenager, including appearances on CBC. Vogel went on to become a cornerstone of the Montreal jazz scene with a big band that has served as a training ground for many of the city’s musicians. He also rose to prominence across the country as he penned charts for major cultural events like Expo 67, the Montreal Olympics in 1976 and Grey Cup half-time shows in 1981 and ’85.

Vogel became known to the rock generation in Quebec in the 1970s through his collaborations with Gerry Boulet and Offenbach, and he has since kept busy with one foot in the pop world, most recently writing charts for singer Johanne Blouin and rocker Martin Deschamps. He has also been running a campaign to send musical instruments to young musicians in Cuba and other developing countries.

As someone who grew up playing in some of the hundreds of clubs on the island of Montreal in the ’50s, the seasoned pianist, trombonist, composer and arranger has a privileged vantage point to reflect on the evolution of jazz. Memories of the past still vivid in his mind help point out differences in today’s scene, like the absence of places to play and develop as a jazz artist: “In the ’50s we had 1,100 clubs on the island of Montreal and each one of them had two groups.  One to play with the dancing girls and the shows, and one to play the dance music. Today if you have a duo, it’s a big deal.

“Also, in the old days the club owners were mostly criminal-minded. But they loved music and they loved their mother. And they paid cash. And they were proud of their thing. They’d say ‘Hey I’ve got a new band. Come and hear it. It’s good!’ Today you’ve got a bunch of accountants nickel and diming everything.”

The newer jazz artists are handled much differently, he observes. “They’re taken care of by the media, which didn’t happen in the ’50s and ’60s, that’s why we don’t have a continuation.” The media shapes artists in ways that the club circuit didn’t, making for a very different kind of scene.

Now that making a living via club residencies is not an option, Vogel spells out the reality for musicians: “You travel. You’ve got to keep moving. If you stay at home, you’re going to be local and you’re going to get local prices, because you’re going to be accessible to the public. If you leave and come back once in a while, they’ll look forward to seeing you.”

And with very few bandstands on which to learn the craft, jazz has taken an academic turn and has flipped the jazz artist’s situation on its head. “The musicians today have better schooling than we got. The only thing is, they don’t invest in themselves — they’re waiting for someone to give them a gig. You know, like the guy who says, ‘Well if I had a group I’d give you a job. If you give me a job, I’ll put a group together.’ That’s horseshit!”

Musicians today are also different in other ways: “They read better today, but they don’t tell you a story when they play a solo. The youngest guy in my band sure plays a hell of a lot of notes. But tell me a story! If you play ‘Summertime’ and you improvise on it, give me a new ‘Summertime!’”

In his own career, Vogel has played gigs solo, in duos, trios, quartets, and so on, but it’s the big band that seems most important to him. The reasons are clear: “I write for it. I compose everything for it. I arrange everything for it. It’s my band, it’s my sound.” What he gets from it is “energy and power and a continuation of a tradition,” he says. “It’s nice to hear four trombones, and four trumpets and five saxophones.

“I rehearse in my living room every Monday. Knocks the shit out of me, and I think, wow, here it comes, and I look forward to it. And also it gives a chance to the younger musicians as replacements or subs to come in. Some of my guys have been with me for 30 to 40 years. They have students and their students are coming in and I give them hell. And I have fun. And I love to rehearse at my house because beer is $2 and you can smoke.”

Before doing it in his home, Vogel used to rehearse in public, most recently at the Barfly, which he stopped doing. “I quit there for one reason: We were starting to attract general public in suits and neckties and they never paid to get in, and I said, ‘that’s enough.’ They were selfish. There’s no appreciation, so that’s it. Now I rehearse in my house, in my living room, and it’s great.”

The personnel in Vogel’s Jazz Big Band for FIJM tonight at l’Astral will be his regular unit, featuring some of Montreal’s finest mainstream jazz players. Asked what he’ll be playing, Vogel shouts “Bebop! Stuff I’ve been playing for years! You don’t just…‘hey have you got anything new?’ What the hell is ‘new’? I’m a continuation of Charlie Parker and Dizzy Gillespie. Those were the kings of bebop.”

Although he admired and met many of the great big band leaders and arrangers like Tadd Dameron, Billy Eckstine and Dizzy Gillespie, and they were major inspirations as writers “today it’s myself,” he says. “What I do is I write and I copy myself. I cheat — I copy myself and in that way it becomes mine. My influences were all the big guys… Ellington, Basie, Kenton, Maynard…the Thornhill band…I remember them, they played in St. Hubert in a hangar!”

In deciding who stays in his band, his criteria are simple: “Be on time! And be clean. Don’t come in here with a scruffy haircut. Respect the stage because it’s an honour and a privilege to be on one. And come to rehearsal. That’s it.”

The big band, Vogel explained, started in the cavernous venues for dancers and needed more instruments to fill out the sound.  Dancing is still important, given Vogel’s definition of jazz, and asked about dancing to his music, Vogel fondly recalls one particular gig: “We played for dancers in Budapest. I did a tip of the hat to Oscar Peterson on his 80th birthday. I played some boogie woogie, and the kids jumped up and down and did the number. It was good.” ■