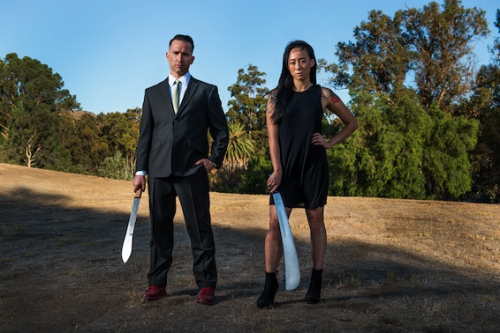 A casual glance at the Suoni per il Popolo programming might suggest a random grab-bag of weird music. This festival brings together a variety of experimental and avant-garde genres, including “free jazz, noise, electronica, turntable art, soundscapes, experimental rock and pop, musique actuelle and spoken word.” But what connects psychedelic folk with free improv, or ethereal ambient melodies with classical composition? At closer inspection, Suoni is a nexus point in which these diverse players and scenes overlap.

It’s also a very unique type of gathering, and is not only shaped by but could really only happen in Montreal. Its guiding spiritual principle of “liberation music” resonates with those whose dedication to their craft is inseparable from who they are, and hence retains an ethical dimension that has nothing to do with commercial art. Music for the people!

Now in its 14th year, Suoni began yesterday (June 4) and runs through June 22 at familiar haunts Casa del Popolo (4873 St-Laurent) and la Sala Rossa (4848 St-Laurent), new venue la Vitrola (above El Gallego in the old la Elasticá space, 4602 St-Laurent) and beyond. Though the departure of artistic director Steve Guimond after eight years steering the ship is sad news, his final Suoni promises to be a great one.

Its programming can be a lot to sort through, so here are some good places to start:

June 9: Saxophone improviser John Butcher is a Suoni regular, but this year we’re all in for something special. The staff at McGill have devised a means for the performers to modify sound in resonant spaces in real time, resulting in unprecedented acoustic possibilities (at 555 Sherbrooke W.). Also performing will be Montreal’s favourite guerrilla sound artists, Jen Reimer, Max Stein and Adam Basanta. 8 p.m., $10/$12

June 10: Don’t miss Die Like a Dog at la Sala Rossa — it’s been 12 years since their last performance. Previously a quartet, this now- trio consists of double bassist William Parker, percussionist Hamid Drake and reedman Peter Brötzmann, and they’re presenting some of the most powerful and rhythmically interesting free music around. 8 p.m., $25

June 12: Multi-instrumentalist Richard Skelton (A Broken Consort, Clouwbeck, etc) is one of my favourite artists, whatever moniker he’s using. Primarily working with guitar and violin, his haunting music is some of the most emotionally resonant being made today. Happening at Sala, this is not to be missed as he rarely performs, even in the U.K. Opening is the incomparable Philip Jeck. 8:30 p.m., $13/$15

June 14: Many new fans may have been drawn to Maica Mia upon hearing that Godspeed bassist Mauro Pezzente joined forces with the duo, but they stay for the beautiful vocals. Breakglass Studios (7250 Clark), 6 p.m., $15

June 16: More than two decades in, few can come close to the powerful music and perfect male/female vocal harmonies of Low. Montreal’s Big Brave will open, at Sala. Come get slow. 8:30 p.m., $20