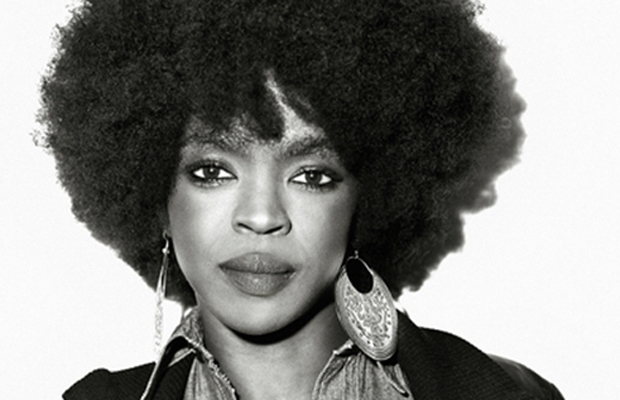 It’s been three years and then some since Montreal has seen definitive ’90s hip hop diva Lauryn Hill. Though L-Boogie has long since matured into her formal “Ms.” moniker, it seemed we may never again find her as we remembered her before: full of promise, passion and hits.

The meltdowns, the storm-offs, the voice issues, and ultimately the disconnect between Hill and her fans in the live setting, ‘lo several years now, have been no secret. Her personal issues have become magnified, ironically, by the tightness of privacy that keeps them out from under the microscope, replaced by rumour and presumption.

Other than her very-public jail stint last year for tax-evasion — preceded by one of the rare moments the artist has communicated openly with her fans — Lauryn Hill’s wrestling match with whichever demons plague her has taken place in a closed venue.

They should call this the Rage Against the Miseducation Tour. I don’t think the Acropolis could fully handle this show. Upturning reggae and raunch over rap and R&B, Lauryn, defying her own maxim that “two MCs can’t occupy the same space at the same time,” has worked over her own canonical R&B arrangements like Lee “Scratch” Perry playing with a gang of Funkadelic voodoo action figures in a sandbox with Zappa.

Those aren’t mistakes or adlibs happening up there. Short of one or two off-key moments, forgivable toward the end of a two-hour, 24-song set, there is no capacity limit in time or space comfortable enough to accommodate audience expectations at this point. If you came to hear songs, and not to hear Lauryn, you shoulda stayed home.

Scheduling a typical rap show for 8 p.m. is also totally bullshit. Neither L-Boogie nor Ms. Hill is coming on before 10.

But by quarter past nine, Hill’s DJ was rocking the crowd with a string of party-pleasers. Right before 10, the drummer and bassist took their places, jammed along to the record. The synth man strolled out, a guitarist appeared, and a three-piece backing vocal section a-la I-Threes set up behind their mics.

Their loose jam slinked into a sly Wailers riddim. Only one jewel was missing from the crown. From offstage, that haunting, husky voice explained itself, plain and faceless for a moment: “I’m a rebel — a soul rebel!”

The opening homage to Hill’s father-in-law gave way to the opening bars of “Killing Me Softly,” bringing everyone right back down to earth. There is no question of who is in charge on this stage. The demons are nowhere in sight.

The beginning sequence of the set re-opens the book on Miseducation. Fans were so completely awe-taken by the time we heard “Lost Ones” that only then did we begin to comprehend how much awe we had to give. L-Boogie’s rap skills here began to break through, coming to full bloom later in the show.

Debut favourites led to a lovely raw acoustic set structured around Hill’s MTV Unplugged, giving way to an elaborate, Score-centric Fugees retrospective. With the opening bars of oft-covered, Flamingos-source-sampled “I Only Have Eyes for You,” Hill rips apart “Zealots” once more. As with every refugee hymn to come, she takes Pras and Wyclef’s parts under wing like they were her own babies.

No irony there, I’m certain. Triple-time Lauryn, flipping every flow her old crew ever penned, is statuesque in her delivery. Gutter-rap-flow L-Boogie does her own damn verses, though, with a signature “muthafucka” so all you “ig’nant n***as hear me,” as always.

Whatever sound hurdles happened on stage and on the floor probably added to the magic. Even these iron eardrums had to reckon with the width and scope, the nuance of the noise Hill and her band are bringing to life. Saying the sound sucks at l’Olympia in this instance is beside the point. The sound sucks in your life if you can’t hear Lauryn’s soul right now.

An easygoing lightshow is occasionally tailored to remind you a Queen is onstage. The overall intensity of these re-interpolated hip hop diamonds eventually give way to the calm of a whole grip of Marley covers, which included “Jammin’” (meshed with Stevie’s “Master Blaster”), “Could You Be Loved” and the barest-boned moment of the night, “Waiting in Vain”. When this feel-good summer medley concludes, “Doo Wop (That Thing)” is all that remains to bring the roof down.

If you have the chance to catch this show in a properly equipped theatre, if not outdoors this summer, and are reticent based on what you’ve heard, I get it. But a true fan of Ms. Hill allows a lotta forgiveness. She didn’t need us to construct this comeback. Hip hop needs her to do this. Something in her heart needs her to do this. May she return, bigger and brighter each time, no matter how much time she needs to take. ■