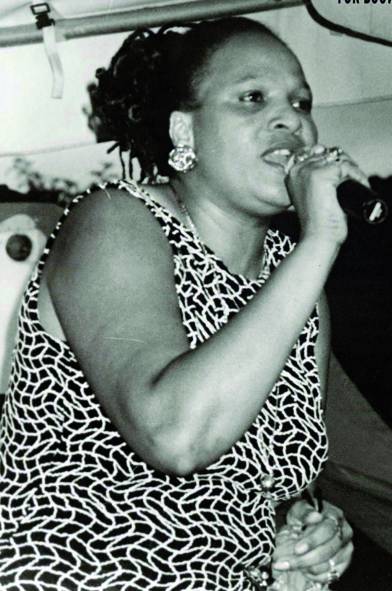 What better way to spend Mother’s Day weekend than with two of the first ladies of dancehall?

On a recent phoner with Sister Nancy — you might know her for “Bam Bam,” a dancehall classic sampled by the likes of Lauryn Hill and Too Short — I asked her about the environment she and longtime friend and musical collaborator Sister Carol are looking to create this Saturday with their go-with-the-flow sound system style show, and her response did not disappoint.

“You’ve never seen anything like this before. This is two cultural, original ladies who know their stuff and know what they’re doing. They have class, taste, style and experience. We’re also mothers, and Carol’s a grandmother. If you miss it, you’re going to be sad, so come and enjoy yourself.”

On stage is really the only place to truly get the Sister Nancy experience. Although the Jamaican native, who has been living in New Jersey for the past 18 years (she only listens to Jamaican radio at home, though), recently teamed up with producer Stylo-G for a remix of “Bam Bam,” she hasn’t recorded any new material since 1993.

“People ask me to go back into the studio, but I pay them no mind,” she says. “I will, someday, but I’m not ready yet.”

What has crossed her mind recently is the idea to re-record the songs from her 1982 album One, Two. The landmark release is in desperate need of a re-issue.

“I’ve been thinking about it, but nothing is concrete at the moment. I would love to do them over. They would not sound different, because it’s me. They would sound a bit mature, but not different. I do them all the time. I’m 32 years older than when I did them the first time,” she says.

It’s hard to get Nancy into the studio, but at 52, she says she’s working harder now than when she was starting out in Jamaica and performing “Sunday to Sunday.” These days, she performs weekends and does the 9-to-5 grind on weekdays.

“I leave Friday, come back Monday morning. I dress in my car and I go to work. I do that all the time,” she says.

And why does she work harder now? “Bam Bam,” she says with a laugh. The song keeps finding new life, in sample form, and most recently, in a Reebok ad. There are still some legal issues regarding the latter, so she says she’s not at liberty to discuss it right now.

As much as this Saturday’s show is dedicated to the hardworking moms out there, Nancy and Carol’s relationship is, true to their namesakes, more of a sisterhood.

“I met Carol in 1982,” Nancy recalls. “When I first came to America, I was doing a stage show and I met Carol and her husband. I ended up living at her house, and I lived with them for a long time. She’s like my big sister, because she’s older than me.”

When it comes to music, Nancy is the vet.

“Carol started her career in 1981. I’ve been there since 1976, so I’ve been doing it a long time. When I came here, she was doing her thing. She had a sound system in her house, but she wasn’t like, a deejay deejay. I think when she met my brother, that’s when she really stuck to it. Brigadier Jerry was the same person who taught me, too.” ■