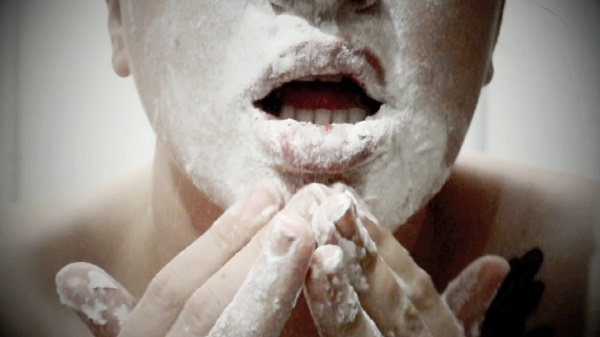 Some Girl Who Tells Stories by Whitney Johnston, USA, 2012

MUFF, the Montreal Underground Film Festival, gives Montrealers a unique opportunity to see short, experimental and independent films from around the world.

The four-day schedule separates the flicks into programmes curated by members of the MUFF collective, ensuring that there’s always something screening that will appeal to a wide range of film fans.

We spoke to MUFF member Kristopher Woofter about this year’s fest, the programmes and the changes they’ve made.

Kayla Marie Hillier: What’s new at this year’s festival?
Kristopher Woofter: We have the same amount of works as last year, but we have more programmes overall — a total of 10, as opposed to eight last year. This is because of the increased number of longer-form works submitted this year, like Italian filmmaker Giuseppe Boccassini’s really haunting sea voyage film Lezuo, and Canadian filmmaker Dan Browne’s time-lapse film memento mori, made up of over 100,000 photos from the filmmaker’s life. Those two films will be part of a rare “Mid-Length MUFF” programme as a double feature on Saturday at 6 p.m.. We’re also doing our first-ever “Hangover Brunch” on Sunday at noon to accompany the Canadian premiere of American Mike Olenick’s 70-minute feature All the Memory in the World, which is a brilliant cinephilic film made up of clips from scenes that reference photography in over 2,000 films.

KMH: How is the fest organized? Can you tell us a little bit about each film programme?
KW: After we select the films collectively, each of us puts together programmes from films that appeal to our own sensibilities and interests. Aside from the programmes I’ve mentioned featuring this year’s longer-form works, we always have a selection of introspective, personal films in our “Dear Diary” screening (May 24, 4:30 p.m.), programmed by MUFF co-founder Karina Marino; and there is always a provocative and visceral selection of horror shorts for the long-running “Midnight Dread” screening (May 23, 11:30 p.m.), programmed by Mario DeGiglio-Bellemare. I tend to gravitate towards films that transform natural or everyday spaces into something disturbing or uncanny, and the “Certain Slant of Light: Uncanny Works” programme (May 23, 10 p.m.) was borne of that interest. Brad Colbourne, who also does our beautiful website, has a really stunning programme of tactile, palimpsest-like films called “Outside In” (May 23, 8:30 p.m.). Brad and I both programmed the “Life’s Work” screening (May 23, 7 p.m.), which is a really wonderful group of experimental documentaries and documentary impressions.

Those who like the weird and surreal will dig the “Most Forgot Weakness” screening (May 24, 9 p.m.), programmed by Anne Golden and new MUFF member Annaëlle Winand. MUFF’s other co-founder, Zoe Brown, programmed the “Slippery When Wet” screening (May 24, 7:30 p.m.), which is one of our favourite groupings of films, all having to do with water and waves, but pushing that theme into unexpected territories. And, of course, there’s a sex programme, also programmed by Zoe, with the randy title of  “Have My Cake and EatFuck It, Too” (May 24, 10:30 p.m.). It has everything from visual poetry to cake porn — I guess that could describe the MUFF aesthetic in general!

KMH: What was your selection process like this year? Do you normally have to turn away filmmakers?
KW: We receive between 300 and 400 submissions each year, both long and short-form works, and we can only select around 90 to 100 of those, depending on length. So, yes, we go through a pretty rigorous selection process that starts in January and runs right through the end of April. The MUFF collective is completely volunteer-run and independent, so we meet every Sunday afternoon for about four months to watch all of the submissions — and we do watch all of them!

KMH: Is there an event that you’re particularly excited about?
KW: We just reviewed all of the programmes this weekend, and I have to say that I am excited about the incredible quality of all the films we screen each year. More specifically, Thursday’s Opening Night screening at Bar Populaire in Little Italy is going to be a blast. We have a two-part programme of works that run the gamut from elegiac, to sublime, to raunchy, to bizarre. The mixture of opening night films suits an eclectic Thursday-night crowd, but it also gives a sampling of what people can expect from the rest of the festival.

KMH: Can we expect a MUFF 10? Are you already looking forward to next year?
KW: MUFF is going strong and showing no signs of stopping! So, yes, there will be a MUFF 10. A decade of MUFF! We’re already gearing up for that milestone. Calling all subversive and experimental filmmakers! ■

The Montreal Underground Film Festival (MUFF) starts tomorrow, Thursday, May 22 and runs until Sunday, May 25. For more information head to their website. Tickets cost $5/projection and $7 for opening night.