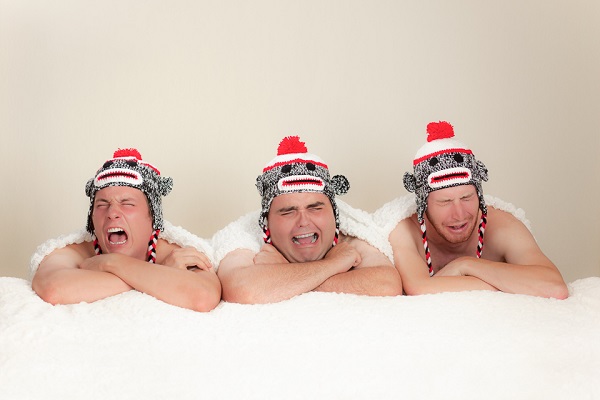 The ninth annual Montreal Sketchfest kicked off yesterday with a show at Théâtre Ste-Catherine. But don’t fret if you missed it, you’ll have many more opportunities to check out local troupes and others hailing from Toronto, New York, Boston, Albuquerque and Australia, until Sunday, May 25.

We spoke to festival director Alain Mercieca about this year’s festival and what we can expect.

KMH: How long have you been involved with Sketchfest?
AM: This is our fifth year.

KMH: What’s your criteria for choosing troupes to include in the festival?
AM: It’s funny because I’m kind of sensitive to their situation. I’ve been in the Toronto Sketchfest and others, I’ve been in a lot of Fringes and I know how it is to be a young troupe grasping at straws. You just want to get some sort of lifeline to confirm that you can make people laugh and that you’re a valid comedian.

This year, we had so many troupes apply that we had to make some hard decisions and cut a few. Demand was so high this year, usually we accept everyone — this is the first year that we couldn’t do that.

Our spirit is somewhat punk rock. Everybody’s allowed to try and prove themselves on the stage, although we like to try and find a balance. We like to let people know when their comedy wasn’t appreciated and help them improve. I love to give advice, but I’m no expert — comedy is such a subjective art form — anything works but I like to think there is a sort of integrity behind it all that we aspire to at Théâtre Ste-Catherine.

KMH: Have you made any changes to the festival this year?
AM: We added Katacombes as a venue. On Thursday, we have a double bill — and we’re competing with the hockey. It’s a great mix that night. We’re adding second sets for troupes. Elephant Empire, Ladystache and Chris and Daniel will all be doing second sets which has rarely, almost never been done.

KMH: The troupes doing second sets, are they some of the groups that would come highly recommended?
AM: For sure. Ladystache is a must-see. She books every night when she’s here, whether it’s at Sketchfest or other events, she’s amazing. Elephant Empire are amazing, and Vest of Friends as well, I wanted to give them a second set but they couldn’t do it.

It’s cool because there’s almost a third generation developing now. A sort of second generation started with Vest of Friends, who are this new troupe that just showed up two years ago and they sort of rose to be one of the best comedy troupes in the festival. They’re part of this new generation with the Reception, Cash Grab and Fratwurst. Those are all, to me, must-sees of the new generation.

Now the old generation kind of has to step up and maintain. Last year it felt like, because there were two generations of sketch troupes, that the older guys were like, “Oh, wait. We have to still be amazing.” It’ll be interesting to see. It’s cool for someone like me. I’m kind of in the trenches. I see so much sketch comedy that I know when there’s ups and downs — who’s plateau-ing and who’s peaking. It’s cool, it feels like there’s several waves of sketch comedians. This year feels like a tsunami.

KMH: What are the prizes at Sketchfest?
AM: Just for Laughs is offering some money this year, and Zoo Fest. These are good prizes. People know it’s just me, Sandi, Mark and a few others who just honestly judge this comedy based on the audience reaction and the overall content of the show. We have no bias, there’s no nepotism, no favouritism — we just want to give whoever absolutely kills an award. It’s just pure honesty based on comedy art.

There’s the Giant Piece of Bark award that is an actual piece of bark that we found in the woods, but we’ve kept it. That’s the Best of the Fest. It’s getting smaller and smaller so it’s almost not so giant anymore. We’re thinking about going back into the woods to get a new one. But it’s cool because it’s so big, it’s like you’re holding the Stanley Cup but it’s just a giant piece of bark.

Best Newcomer, which is given to the troupe that surprised us the most, is the Bag of Beer award. The whole troupe has to drink out of a bag of beer. We just fill a shitty shopping bag with beer — like a plastic bag — and then we poke holes in it and the whole troupe has to get in on it. Almost like they’re sucking on the udders of a cow but it’s a bag of beer. That one is the end of the night. It just sort of cuts the ribbon to the final party which is always insane. Then there’s the Grinder award, which is for a troupe that we feel committed the most to their comedy. ■

You can check out the schedule for the Montreal Sketchfest here. Tickets cost $12/show, $20/for a double bill on the same night and $45 for a festival pass.