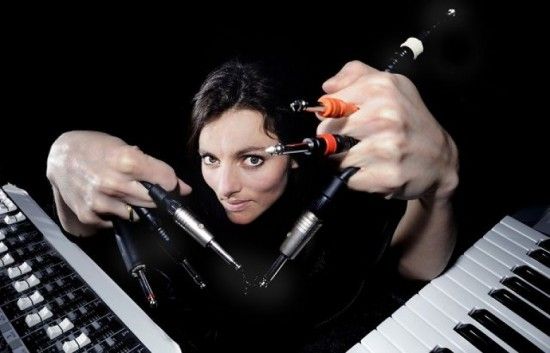 This Victoria Day weekend, May 15–18, Victoriaville, QC hosts the 30th anniversary edition of the Festival internationale de musique actuelle de Victoriaville, the biggest festival of its kind in North America and one with an international reputation for presenting some of the most creative music being made today.

Musique actuelle is a term that describes music that is eclectic, edgy and experimental, and not easily classifiable. It includes, as the programming of this year’s festival indicates, contemporary composition, jazz, rock, electroacoustic and free improv, although such labels seem inadequate to describe the sounds and expression that the festival encourages and has presented since 1983.

Festival organizer Michel Levasseur has pointed out that this year, for the first time in its history, a big part of the programming will be devoted to the Quebec alternative music underground, where he finds  a rich presence of creative talent.

The range of music available over the four days in this small town a couple of hours’ drive southeast of Montreal is wide open, however.  The festival opens on Thursday, May 15 with iconoclastic  singer Meredith Monk (now 70!), Montreal’s Ratchet Orchestra playing the music of Sun Ra with the Sun Ra Arkestra’s current leader Marshall Allen, and the guitar sensation Ava Mendoza.

Aside from the 20 concerts, the festival will also feature eight sound installations in public spaces, like Philippe Lauzier’s “Gritty,”  which involves a prepared and automated bass drum, or Colin Ponthot’s “Cabane guitare” which, the program states, “pairs a wooden shack and a single-string bass guitar, which turns the shack into an actual sound box.”

For the last 30 years, the sleepy town has come alive over the Victoria Day/Journée Nationale des Patriots weekend, as visitors from all over the world arrive in droves. Last year’s festival attracted 10,000 visitors, and many of the world’s creative musicians, music programmers, critics and journalists congregated here every year.

While music is the main focus, much more happens at the FIMAV. Norwegian vocal and electronics artist Maja Solveig Kjelstrup Ratkje will be presenting a solo show, and as she put it in a recent feature on the festival published in Downbeat, the event is about community: “The whole avant-garde scene is like that — a huge community of people performing, listening and interacting and wanting music to be so much more than simple entertainment or an industry.” ■

FIMAV runs from May 15 through May 18. For programming details, go to their website.