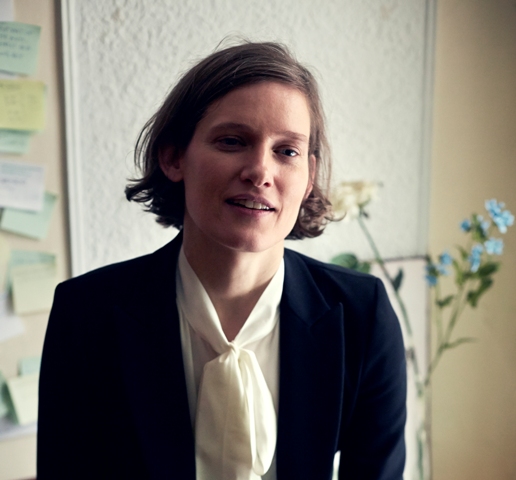 Heather O’Neill’s first novel, Lullabies for Little Criminals (2006), was an international best seller and the winner of Canada Reads in 2007. This May, she released her second novel, The Girl Who Was Saturday Night, and was voted into the Best of MTL poll as #4 Best Living Author.

O’Neill is a Montreal native and both of her novels use the city as a colourful backdrop for her coming-of-age stories.

“I mean I’ve spent my whole life here, so all my characters have come from people that I’ve met here. It’s sort of like the real world of Montreal and the fictional world of Montreal have intertwined in a kind of magical realist way,” she says of the role Montreal plays in her writing.

The Girl Who Was Saturday Night follows the teenage twins of a legendary Québécois folk singer, Etienne Tremblay, who live with their grandfather in a tiny apartment on St-Laurent Boulevard near Ste-Catherine Street. O’Neill admits that the novel is set across the street from her first novel.

“I think when I was a kid, that was a really inspiring, strange, confusing, mystical area of town for me. And my dad would always take me Saturday afternoon to have hot dogs down there. He had been born like a block away, so he would always tell these fantastic tales about that neighbourhood so it kind of became on the one hand this very sordid, very crazy realistic place of broken dreams and at the same time it became this magical place where I heard all these wonderful bon vivant tales.”

Though the two novels depict the same Montreal geography and the same time period (mid 1990s), O’Neill thinks The Girl Who Was Saturday Night takes a more bohemian perspective on the city.

“I guess I was still charmed and smitten by that [neighbourhood] so I couldn’t quite leave it. I mean I’m sure it’s still going to show up in my next novel too,” she laughs.

“I think there’s a part in Leonard Cohen’s book, The Favourite Game, where he’s in New York and then he’s just like, ‘You know what? There are so many people telling, writing about New York. I’m going to go back to Montreal and write about Montreal.’ I sort of feel like every place has its own writers.”

For O’Neill, the more she writes about Montreal, the more layered her depictions become. The Montreal of The Girl Who Was Saturday Night is “an even more enhanced, magical world.”

The fictional twins of The Girl Who Was Saturday Night, Noushcka and Nicolas Tremblay, are a large part of O’Neill’s Montreal mythology because they are famous—the children of a local music legend.

“Everywhere they go, people know who they are. So it’s almost like they are the prince and princess of the Plateau. But they’re trying to set themselves apart, as real human beings, not part of this whole kind of Montreal magic. I don’t think even they can conceive of themselves outside of Montreal though.”

The twins’ story is set against the backdrop of the 1995 referendum. While they attempt to separate from each other and form their own individual identities, Quebec is also considering separation from Canada.

“It’s a recurrent thing in the novel that all of the characters refuse to leave the island, and they have this idea that whenever they leave the island of Montreal, terrible things happen, or all their ‘magical powers’ stop working. So it’s almost like Montreal were some uncharted island like on Lost, where all sorts of magical things happen, and once you cross the bridge, they go away.” ■

Heather O’Neill launches The Girl Who Was Saturday Night at the Rialto (5723 Parc) on Saturday, May 10, 7 p.m.