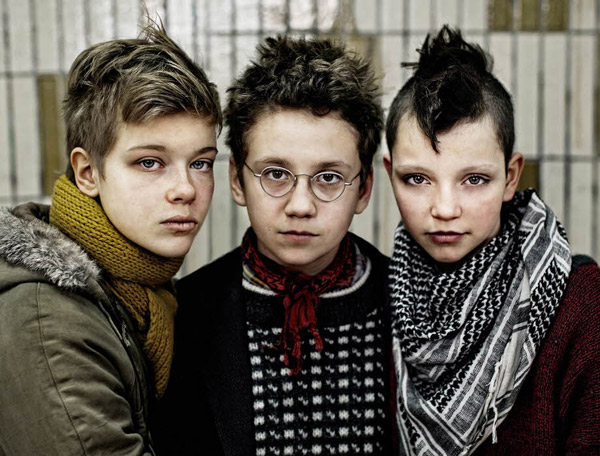 We Are the Best!

Lukas Moodysson is a total legend.

Back in my film school days, I was introduced to his breakthrough teen dramedy Show Me Love aka Fucking Åmål, about a quirky and lonely teenage girl who falls for her popular pal, to his darker works like Lilya 4-Ever, about a 16-year-old girl whose mother abandons her and ends up becoming a sex slave. The common thread in all of Moodysson’s films is the realistic dialogue; he has a stunning ability to capture the complexity of being a teen.

We Are the Best!, based on his wife Coco Moodysson’s graphic novel Never Goodnight, offers a similar experience to Show Me Love. It’s 1982 Stockholm and teenage BFFs and outcasts Bobo (Mira Barkhammar) and Klara (Mira Grosin), punk fans who cut their own hair and decide to annoy a group of boys at their local youth club by infringing on their band’s rehearsal space and starting their own group.

The pair know nothing about playing music, so they recruit fellow outsider and Christian Hedvig (Liv LeMoyne) to join their group after seeing her perform classical guitar at their school’s talent show. The three teenagers eventually form a friendship that results in hijinks: the forceful cutting of Hedvig’s long locks, drunken parties, panhandling for better gear, fights over boys and shared affections.

This is one of Moodysson’s lighter films. While he does highlight teenage politics and isolation, shitty parenting and typical growing pains, the film overall feels like a celebration of friendship, music and just being young in general. His dialogue continues to shine, nothing feels false or staged and his casting of relative unknowns has always added to this sense of realism.

We Are the Best! is charming and honest. It’s also a rarity among pre-teen/teen films for its choice not to slather wee girls in pounds of make-up, or focus on their conflict — instead, it depicts a functional friendship. ■