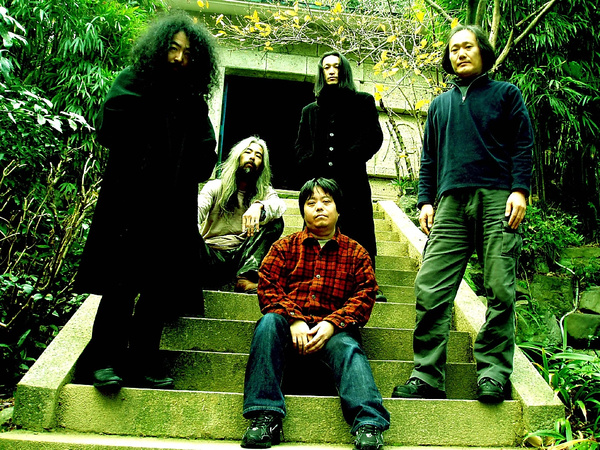 Psychedelia, communes and counterculturalism were once stylish in the U.S., but Kawabata Makoto says there’s nothing trendy about modern Japanese bohemia.

“We were all drop-out people from Japanese society,” says Kawabata, guitarist and founder of the experimental rock band Acid Mothers Temple and its broader “soul collective” of fellow musicians, artists, labourers and wayward souls. “Our collective is totally different from the ’60s hippie communes. We don’t share everything, we don’t always live together, we just respect and help each other without interfering with each other. We have no power in Japanese society, and they don’t care about us, too.”

My conversation with Kawabata moved on to music, alien invasions, terrorist threats and the fringes of Japanese society.

Kyle Mullin: Your website says: “One of our members is a farmer, living together with his fields and rice paddies. Another travelled through the Australian deserts and lived with Aborigines. One went to Africa and never came back.” What brought such a diverse, meandering group such as yourselves together in the first place?
Kawabata Makoto: We have our slogan, “Do Whatever You Want, Don’t Do Whatever You Don’t Want!” If anyone can agree with our slogan, they can join with us.

KM: How can that lifestyle be difficult?
KM (AMT): When we dropped out, we lost many things that normal people usually have, like social position and confidence in our place in society. But what we got instead was the freedom to enjoy our lives as dropouts.

KM: It doesn’t sound easy, especially when your “soul collective” was living together. Your website says that in 1995— shortly after the Aum Shinrikyo cult unleashed sarin nerve gas in a Tokyo subway— that “the neighbours thought our house was a secret Aum hideout, and managed to get us evicted.” How did you cope with the paranoia and discrimination of those days?
KM (AMT): Our neighbours were sure our house was an Aum establishment, because we had long hair and big beards.  Even though we explained that we weren’t Aum, the rumour had already spread, so we lost that house and decided to dissolve. Now we don’t live together.

KM: A Pitchfork article said the world tour behind your 1997 self-titled debut album “began as a one-off trip.” Now, after nearly two decades and dozens of album releases, you’re renowned as one of the world’s most prolific experimental bands. Why did you once doubt the band would last?
KM (AMT): I had ideas about this music when I first started playing, way back in 1978. But sadly I didn’t have enough musical sense and technique at that time. Finally the time came that I could play this experimental music. Then I asked my friends to join.

KM: In 2013, AMT released its 39th studio album, In Search of the Lost Divine Arc. Does that title relate to the heavenly creatures you worried about as a boy? In the interview with Pitchfork you described your nightmares of UFOs after watching “Indian classical music for the first time on TV,” and hearing the droning tamboura instruments.
KM (AMT): My music has always come from the cosmos, ever since I was a boy. But the titles of our songs have no meaning. Sometimes I suddenly just get words from nowhere, other times they’re just jokes. More fans will understand when I put those titles in English, even though my English is so poor.  Music is just music for me, the title is just a symbol for distinction. ■