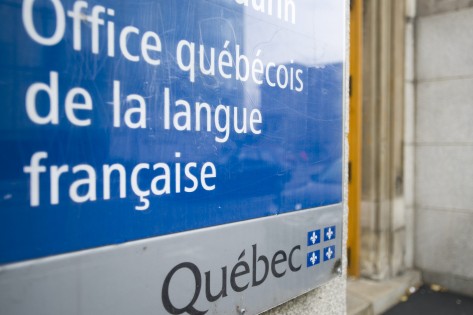 Don’t mess with big box: You didn’t think some of the world’s most recognizable brands would lose a court battle against the puny little OQLF, did you? Our province’s language police wanted the encroaching multinational brands — like Walmart and the Gap — to add something French to the beginning of their names. Superior court rejected the idea, although the OQLF might appeal.

The red devils we know: Pauline Marois got a taste of her own Haterade on Monday, in the form of an electorate so tired of divisive politics that they returned en masse to the familiar embrace of the Liberals. Montreal’s slightly more orange too, thanks to Quebec Solidaire’s Manon Massé’s win in Ste-Marie–St-Jacques.

Old Portraidia: The election is over, which means it’s time to be reminded again of why we all became so disillusioned with politics in the first place: Corruption. Earlier this week, UPAC raided the home of Robert Abdallah, the man once tapped by the federal Conservative government to become president of the Old Port.

(Little) Piano Man: 14-year-old local piano sensation Daniel Clarke Bouchard made his American TV debut this week, performing an original composition on The Ellen DeGeneres Show. If you haven’t seen the pint-sized, nimble-fingered prodigy in action yet, you really should. Good enough to rename Lionel-Groulx metro station after him? One can only hope.

Feels on wheels: Bixi’s had a rough go of it lately, but the bike rental service returns to Montreal on Tuesday, and we’re happy about it. Keep on rocking, Bixi. ■