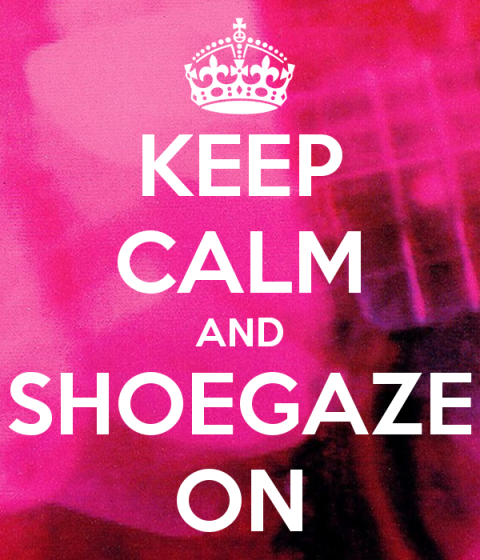 The guys behind MEC Plus Ultra are bringing something novel to the gay clubbing scene: guitars.

François Guimond, Antoine Bédard and Guillaume Bell (aka DJs Eskimo, Montag and Diskomander) are mounting the second edition of Shoegayz at Playhouse tomorrow night. Like their Belmont monthly, part of its mandate is to throw a gay party outside the Village, but as Sweet Valley High would say, that’s where the similarity ends.

“MEC Plus Ultra is really a club night,” Bédard explains. “Originally we had a little more indie rock but lately it’s been more electronic, more synth-driven, and eventually we thought it was kind of sucky that we couldn’t mix rock anymore.”

So they sought out a more intimate space, knowing that a full-on nightclub like le Belmont — where MEC draws big crowds — wouldn’t be suitable for such an experiment. Then they came up with a name that combined the crowd their party was targetting and a style of music they all loved.

“My set at the first Shoegayz night was just shoegaze, but we realized it was kind of hard to dance to ’cause it’s pretty dreamy,” Bédard says. “Finally we decided to make it a more general rock night, to bring out the guitars again and just dance on rock, which is sort of unusual lately, especially in the gay scene.”

While other gay nights incorporate guitar music, particularly those that take place outside the Village, like POMPe, Shoegayz’s sound is much more specific.

“For us it was just about being more consistent with the music style and playing the rock card all the way. It’s like, let’s just be badass and play some heavier tracks we would never hear at other events.”

To see a list of some of the artists to be featured in the mix (and to watch videos by a selection of them), check out the Facebook event page here. While Bédard doesn’t want to sound too nostalgic, as the DJs are fully intent on mixing old and new (and by old, they mean ’80s), his fond memories of nights at Sky and Unity in the late ’90s, when DJ Bobzilla would spin large doses of Britpop and alt-rock, are part of what fuelled Shoegayz.

“There was this energy that you don’t find in electronic music — the emotion on the dancefloor is just not the same. That’s what we’re trying to offer again, with an updated playlist. There’s a lot of music out there now that has the same energy, but you just don’t hear it on the dancefloor.” ■