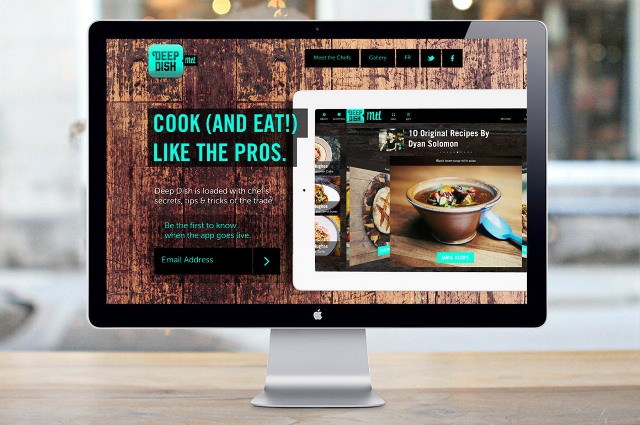 Launched less than a year ago, the company behind the app (Dynamo) was able to get it nominated for a People’s Choice Webby award this year — there’s an application process followed by back-room judgment at the Webbys, where applicants are divided between the trash heap, honorees (runners-up, essentially) and contenders.

Deep Dish MTL is definitely an underdog in the Lifestyle category, up against Jamie Oliver’s Recipes and The Cast by world-renowned Scottish whisky brand The Glenlivet — as of publish-time, they were in last place, though they started strong at third, according to Kaplun.

They’re hoping that Montrealers will support their local food/app scene by voting.

“We’re trying to spread the word and get people to support local chefs and local culture,” says Dynamo art director Max Kaplun. “[Deep Dish MTL] is a commercial product, and we wouldn’t normally reach out this way, but compared to the other nominees, this is definitely something that people can get behind because it’s local.” ■

You can vote for Deep Dish MTL here, until April 23.

For more about Deep Dish MTL, go to their website.