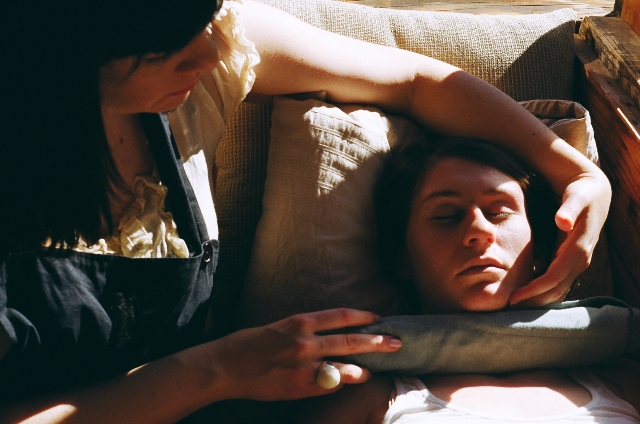 Caitlin Doughty is an upbeat advocate for “death positivity.” The Los Angeles-based mortician and creator of the popular YouTube series Ask a Mortician encourages her viewers to embrace death as an essential part of life, one that ultimately gives it meaning, while cheerfully answering questions about death, dying and the ins and outs of the funeral industry.

But while Doughty doesn’t shy away from humour, her videos also demonstrate a deep respect for death and a sensitivity that can only come from being around it every day. Above all, her videos are helpful and informative. An episode posted after the Newtown school shooting discussed how to talk to children about death. Another is an It Gets Better for “morbid kids” reminding them that the world needs forensic scientists and morticians, even if their parents or friends think it’s gross. The comments sections of all her videos are filled with words of thanks, praising Doughty for addressing taboo subjects honestly and accessibly.

Doughty will be in Montreal on Tuesday as part of her first trip to Canada and she is looking forward to it, writing from L.A. that “there are a disproportionate amount of people in Canada who follow the death-positive movement.” Her Montreal event will be her first time bringing Ask a Mortician to the stage. She writes that “Ask a Mortician is really only released once a month, which doesn’t allow for everyone’s questions to be answered. Not by a long shot. A live event gives the chance for one big informational brain dump — anyone and everyone who has a death question can have it answered that night.” Attendees of the event are encouraged to submit questions about death, dying, after-death care, death rituals, dead bodies, cremation and burial to the event’s Facebook page ahead of time, or anonymously drop a question in a basket in the theatre lobby before the show.

Doughty initially faced some opposition from more traditional funeral directors when she began posting her Ask a Mortician videos, but she sees signs of new openness in the death industry, exemplified by her invitation to address the Ontario Coroners Association’s annual meeting last week. She writes that “the public is forcing the old timers in the industry to change. People have become so fascinated by conversations on death in just the last two years that the conversation is knocking directly on the door of the industry. They can’t ignore us anymore!”

Attitudes toward death are changing. Tuesday night’s event promises to further spread Doughty’s message that death isn’t something to be feared, but something to respect, engage with and sometimes even laugh at. ■