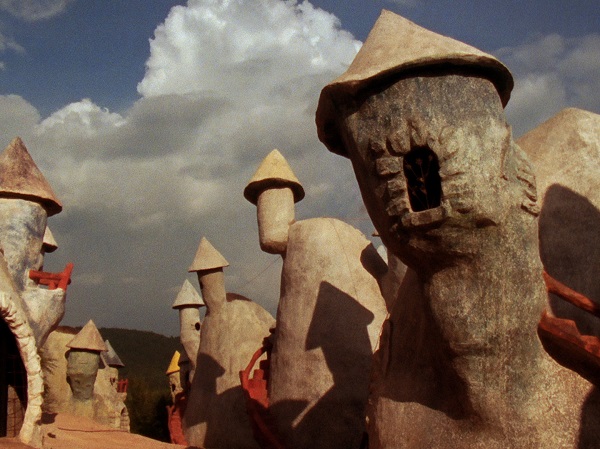 A Flea’s Skin Would Be Too Big for You

Local filmmaker Benjamin Taylor has begun a new monthly film series called Visions, with a focus on experimental documentaries. The screenings will provide a unique setting for cinephiles and filmmakers to discuss interesting and under-represented films.

We spoke to Taylor about his selection process and what we can anticipate from Visions.

Kayla Marie Hillier: How did the idea for the screening series come about?
Benjamin Taylor: I’m a filmmaker myself and have been presenting my films here and there in festivals and seeing a lot of good work that I know just won’t make it anywhere or get any kind of wider distribution. It’s the nature of things because of the absurd way the film world is structured, and festival programmers just can’t choose everything. This means of course that a lot of terrible films fall through the cracks, which is fine — but a lot of great ones go that way too and it’s a real shame.

The aim of the Visions series is to take those works which have a lot of value but aren’t being seen as much as they could be and give them a space. More and more, cinema is coming to us through our little screens and consequently it is in the hands of the companies who control those little screens. Visions is a time and place outside of that model where we can maybe see the world differently.

KMH: Why experimental documentaries?
BT: I’m equally interested in being implicated in the real world as a responsible human being and being creative. In fact, I think these two things are more intertwined than we allow them to be. If you translate that perspective to cinema, you often end up with “experimental documentaries” — works that want to tell or see truth but won’t settle for the status quo in their way of seeing. How can you see the new world with old eyes?

I think classifying films is hard. We obviously do it so we have some words to say but it never really translates what’s on the screen. It’s a terrible thing, telling someone what a film is “about.” You reduce the vision of the film to little phrases when it’s how you see that is more important that what you see. If your perspective is changed, the thing you’re seeing is changed and there’s potential for you to be changed, too.

The practical answer to the question is that this kind of film is often hard to classify, challenging and consequently under-represented. Visions is a place to represent such works.

KMH: What is your selection process like? Is it difficult to choose the films?
BT: The films have to touch me and make me see differently. For me a “documentary” isn’t about learning and being satisfied with that learning, it’s about changing my perception of the world which will then impact how I move through that world.

At the moment, the practicality of choosing which films to screen has been based on the availability of the artists to be present with their works. It’s important for the series and for this kind of cinema for there to be a discussion. We’ll also be doing interviews that will be going up on the website for each film.

KMH: Could you tell us a bit about the films you will be screening this week?
BT: This first screening coming up, we’ll be presenting the work of Anja Dornieden and Juan David González Monroy, collectively known as Ojoboca, who are based in Berlin and who I met in Edinburgh last year. They work almost exclusively on film and we’re lucky to have them here with prints of their works. There will be a few shorts and a 16mm live performance piece with a Q&A afterwards. Their work swings between abstract experimental and observational ethnology. And there’s a wonderful blend that happens right in the middle of the spectrum.

The screening is being made possible with help from local filmmaker Daïchi Saïto and others from Kabane77. Kabane77 is a project that anyone in Montreal interested in film should be aware of — their plan and vision could do great things for the community. Members of the group will be present to discuss Anja and Juan’s experiences with the artist-run lab LaborBerlin and what Kabane77 hopes to do in the future.

KMH: What should we anticipate in the future from Visions?
BT: The panicked VISIONS of Palestinian border jumpers; a VISION of men and animals controlled by machines; VISIONS of life beyond death and Winnipeg parking lots; a VISION of a car on fire and an erupting volcano; the VISION of a town council droning on about a Wal-Mart expansion and some VISIONS without any pictures. ■