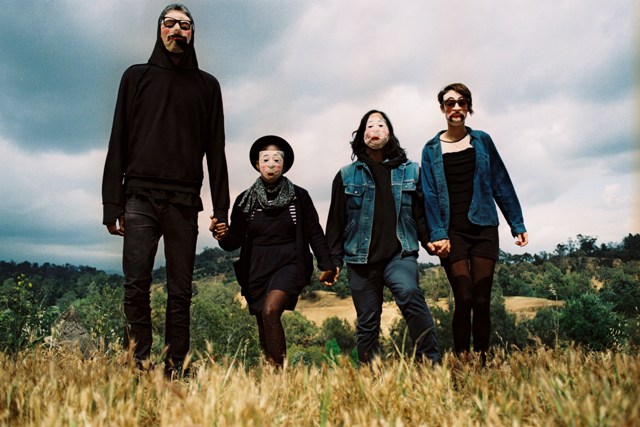 If all goes according to plan, Nick Thorburn will be returning to Montreal sometime in April, after the tour that’s bringing Islands to town this month wraps up. And he might actually stick around for a bit.

Back when the Islands founder and frontman called Montreal home, he was still largely going by Nick Diamonds, and was still known for being one-third of the Unicorns, that seminal local band you may have heard is in the process of reforming.

Thorburn’s potential return, which would be for Unicorns-related reasons, is still up in the air. From his current place of residence in Los Angeles, he says it’s all quite tentative.

“I thought it was a bit premature for that announcement to be out,” he says. “At this point I can’t say whether the Unicorns will reunite. I hope so, but it’s just about whether we’ll be able to get on the same track. There’s a reason we broke up; there’s a reason we haven’t played together in 10 years. We’re in different places, but we’re closer than we’ve ever been to coming to some kind of summit. I love my former bandmates very dearly and want it to work.

“It’s an exciting thing to think about, but I don’t want to get anyone’s hopes up when it’s not yet a sure thing.”

Thorburn is far removed from his Montreal days, though. He says he’s actually looking forward to getting reacquainted with the city he knew mostly as a poor student.

“I think about Jardin du Cari sometimes, I think I might hit that up,” he says. “When I was in Montreal I never had any money, so I never ate anywhere. I never got the chance to enjoy the city. It would be nice to be there and really live, feel like I can take in the city properly.”

His intervening years have been busy ones. In addition to Islands, who released an album last year called Ski Mask (an ambiguous mix between warmth and criminal mischief, he suggests), he’s also planning a new release with Mister Heavenly, his supergroup with members of Man Man, Modest Mouse and (sometimes) actor Michael Cera.

So he has a full plate in 2014, regardless of how Unicorns shake out.

There’s also another little concern on his mind these days. During Islands’ last visit to Vancouver, someone from the audience told Thorburn that a number of Montrealers hate his guts. Thorburn’s got a dry wit, so one can only hope he’s kidding when he says he worries about bottles being thrown at him when he takes the Sala stage in March.

“I’m a nice guy,” he says. “I’ve tried to do the right thing every time, and I love everybody. So people should be nice.” ■