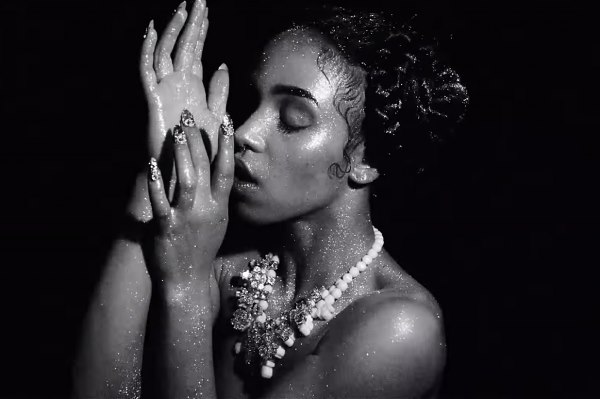 Naughty! It’s a new video from Montreal’s own Jef Barbara, directed by Minelly Kamemura. The track comes from his latest record, Soft to the Touch, released last fall by Club Roll.

See Montreal’s AKUA, (aka Akua Carson) in this stellar new video directed by her brother and co-producer Kofi Carson.

See a video for a track off Owen Pallett’s forthcoming record In Conflict, to be released on May 13 by local label Secret City. Directed by Eva Michon, the video stars Jim Pallett, who we’re guessing is a relative, with a cameo by Owen himself as “Jerk #4.”

Rising British alt-R&B star FKA Twigs has collaborated with L.A. duo inc. on a single to be released on seven-inch vinyl in April. Check it out in this very cool video, directed by Nick Walker and FKA Twigs.

Blur singer Damon Albarn is releasing a solo album, Everyday Robots, on April 29 via Parlophone/Warner. The video is directed by Albarn himself, shot on a tablet in Tokyo, London, Dallas, Utah, North Korea, Iceland, Devon and his hometown, Colchester.