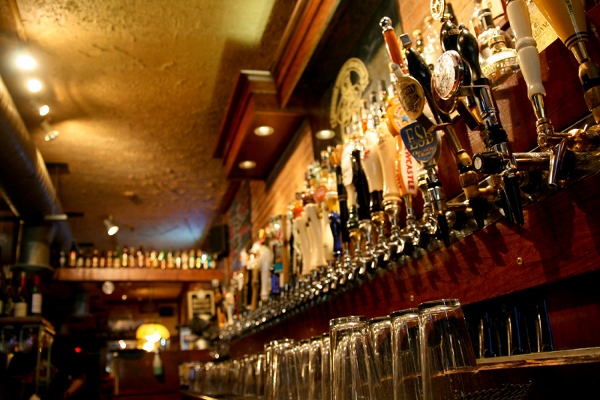 You can call her Queen P: On April 7, a day when the snow in Montreal will be half-melted and defrosted chunks of animal fecal matter will be lining the sidewalks, meaning the city will be stinking to high heaven, Quebecers shall go to the polls. The election is expected to cost $88-million.

Bar Rescue: The old adage of “you don’t have to go home, but you can’t stay here” could be rendered meaningless in this city. Mayor Denis Coderre, perhaps predicting that this provincial election could exacerbate our collective drinking problems, wants it to be okay for bars to stay open till 6 a.m. Remember kids, just because you can hang out in a bar till sunrise, it doesn’t mean you should.

Protect Va neck: The Habs usually recuse themselves from the frantic wheeling and dealing of NHL Trade Deadline Day. Or worse, they’re the ones moving live bodies for draft picks. This year, with the Eastern Conference in shambles, Nos Glorieux went all-in, dealing a middling prospect and a 2nd rounder for top-flight Austrian goal scorer Thomas Vanek. We deserve this.

CanKink: The CRTC took our nation’s smut specialty channels to task on Wednesday for not showing enough sexy Canadian programming. The joke possibilities are endless here, but let’s just say that Roll Up the Rim might be taking on a whole new meaning soon. And Don Cherry. And I’ve been hearing about kids doing something called the Mansbridge.

Thievery corporation: A bit of a strange doom and glory story this week concerning AAA Montreal video game development studio Eidos Montreal. Gaming media was reporting that there were big layoffs at the studio following tepid reaction to their new game Thief, but in the end there were only 27 job losses. It still stinks to lose your job, but that’s a relatively normal amount for a studio that just finished a big project. Here’s hoping the 27 latch on elsewhere soon. ■