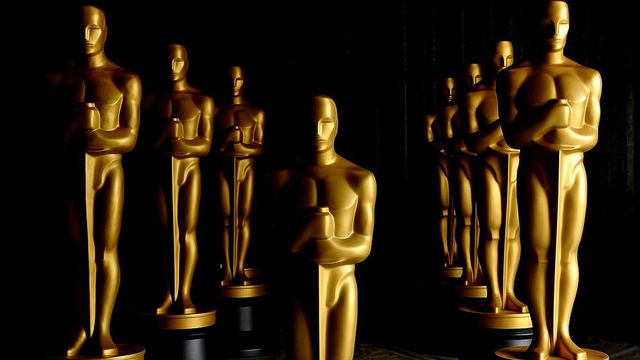 The people have spoken! Cult MTL readers have determined the results of our Academy Rewards challenge, laying down essential opinions on the cinematic issues that the real Oscars lack the cojones to tackle.

Half our readers agreed that the most glaring exclusion in this year’s list of nominees, was the Coen’s latest Inside Llewyn Davis. Our personal favourites of the year Spring Breakers and Frances Ha also got some love.

Yeah, I’m still not entirely sure why Captain Phillips was included. It’s a thoughtful thriller, but when it’s taking up space that could have been owned by Oscar Isaac… We really liked American Hustle, but to be fair, it isn’t your average Oscar fare. Gravity was a bit of a divisive flick and I’m not sure if a lot of people got to see Philomena or Nebraska in theatres.

The clear comedy favourite is This Is the End, followed by The World’s End — a somewhat apocalyptic trend here with a ton of alcohol involved, and the supernatural.

Cult MTL readers clearly agree with Alex Rose on this one: Grown Ups 2, was indeed a steaming pile of crap that only an asshole would charge people 12 bucks to see. Sketch comedy anthology flick Movie 43, which took almost a decade to make due to studios and actors trying to get out of the project, should have stayed locked away in a “bad idea” folder somewhere. And we should probably all leave The Wizard of Oz alone now.

Well, Adam Sandler wins this category two years in a row. Who are these people who continue to encourage these films to be made?! The rest of this category is filled with a pile of mediocrity and disappointment from some actors, namely Alan Rickman, who rarely disappoint.

This category for a long while was a bit of a toss-up, but clearly Cult MTL readers agree that Oldboy is a clumsy remake. And while it seems you didn’t mind the Evil Dead remake, perhaps they should have left Carrie be.

Although you’ve got some serious groans for Adam Sandler, it seems that you feel like Johnny Depp is in greater need of an intervention as he tops this category again this year. Luckily, this time it’s not due to a mediocre Tim Burton affair — we can thank his other crutch: Disney. De Niro, like Penn and Willis, needs to exercise a bit of quality control and perhaps they’ll all shirk this category next year.

I’m gonna level with you: I’ve never watched a Tyler Perry film. But any movie title that begins with the director’s name (I’m looking at you Lee Daniels), I’ll likely avoid. You don’t always know what you’re going to get with Woody Allen these days, but I felt that Blue Jasmine was classic Woody — in a good way. Although they’re played out, Luhrmann, Rodriguez and Snyder don’t seem to tire Cult MTL readers just yet.

So, The Wolf of Wall Street Mr. DiCaprio, dethrones Gordon-Levitt this year, but only by a small margin. The pair leave a pile of brawny, superpower/gun-wielding hunks in their stead.

It was hard for Cult MTL readers to decide between the husky-voiced pair that top this list, but apparently ScarJo’s voice alone is enough to conquer this category.

ScarJo continues to reign victorious due to the sheer sauciness of her husky voice. I’m sure Franco places second due to humour vs. actual titillating qualities. The inaccurate Blue Is the Warmest Colour gets some props while our two hottest actor winners gather up the remaining votes.

Yep, yep, yep Dano’s face is indeed a mess-terpiece by the end of Prisoners, and let’s not even talk about the awful things that the handsome Mr. Gosling does when he teams up with Nicolas Winding Refn. The rest of this category includes a couple jackasses and some gross-out horror. *shudder*

Best villain
Pretty much the entire cast, The Wolf of Wall Street 55%
Melissa Leo, Prisoners 17%
The Devil, This Is the End 15%
The Kaijus, Pacific Rim 12%
Kevin Brock, Missionary 2%

Cult MTL readers loved to hate the cast of The Wolf of Wall Street. The more traditional villains this year scraped by with only a small percentage of votes.

We congratulate the lucky (or savvy) folks who correctly guessed all the top categories in the actual Oscars. We’ll be contacting them later this week to award these prizes:

Thanks to everyone who participated! And don’t forget to check out our review of last night’s big ceremony here. ■