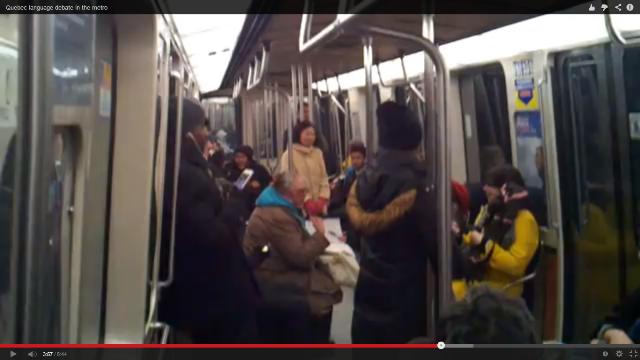 There’s a video that’s been making the rounds on social media over the past week, and that’s mostly being described as evidence of anti-anglo racism in Montreal. Usually I skip over this stuff, but the other day, something (procrastination) made me stop and watch the video, and actually read some of the reactions to it. In the video, a woman in a metro car is seen rocking back and forth violently, while screaming at people around her to speak French. It’s the latter part that most of the discussion has focused on, with comments spanning the usual range of mild (“Canada is a bilingual country”) to vehement (“This is what will happen every day if Marois is re-elected!”) or worse.

I have a few problems with this.

First, the incident occurred over a year ago, which anyone can tell by looking at the date the original video was posted. Implying, as many people have, that this is a thing that has happened recently is manipulative at best.

Second, what the video doesn’t show is that what originally set the woman off wasn’t someone speaking English in front of her, but rather that a person sat down next to her at all.The violent rocking back and forth is that woman slamming the person next to her into the wall as forcefully as possible, while having a screaming fit. The woman who is the focus of the video is clearly unstable, and clearly not receiving the help she needs. Language only came into it when one person tried to intervene, and he made the mistake of using both English and French in an attempt to get through to her.

How do I know this? I’m the one who sat next to her. I got dizzy, and sat down in an empty seat, as is theoretically my right as a paying metro user. After she became physically aggressive, I got up and switched seats at the next stop. That’s me in the yellow coat.

It’s offensive to me that people are looking at this incident as “evidence” of anti-anglo “racism,” when what we should be talking about is a clear lack of social support for the mentally ill, especially those with violent tendencies, and the policies that perpetuate that.

Framing this as a question of language politics distracts from the real issue, which is the ongoing impact of the neoliberal agenda we’ve been living with for the past 15 years or so, under both Liberal and PQ governments. So long as we keep ignoring that while crying language politics over every little thing, we keep doing both parties a huge favour by guaranteeing that one will be officially in power while the other will find most of its candidates in official opposition. Either way, no real issues end up being addressed, and nothing actually changes.

If we continue to react by turning everything into a language debate, no matter who wins this election, we’re still the real losers: We’re still the ones clearly in need of help and support that’s no longer available thanks to severe cutbacks to public services while banks and large corporations are subsidized with obscene tax breaks, and we’re still the ones getting slammed into walls in the metro while bystanders worry about language politics.

With regards to that video, if you want to watch and talk about an incident in which I was assaulted by someone clearly experiencing a mental crisis of some kind, go ahead. It’s a free country, I can’t stop you. Just please don’t use it to support a weak argument about language politics and why your party of choice is the only one that can protect your identity group of choice, and then not think any further about anything. As the video as well as the circumstances and discourse surrounding it show, the real issue here is that we’ve gotten so distracted by language politics that we don’t see the very real impact of continuing to vote and otherwise behave in function of this one thing rather than considering all aspects of the kind of society we’d like to live in. ■ 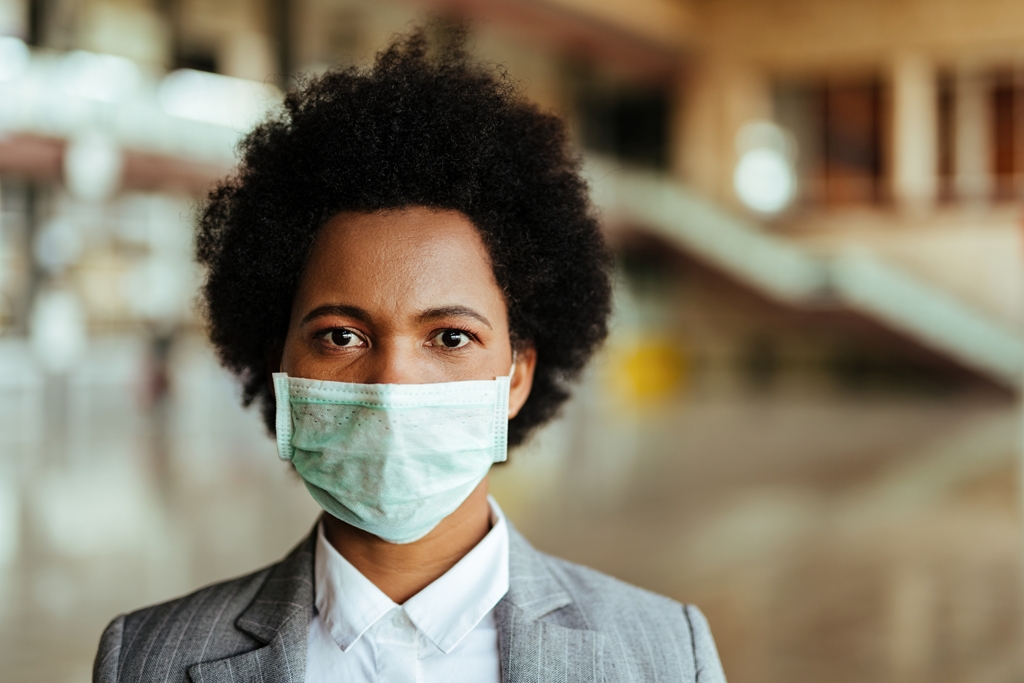 Concordia prof Ted Rutland on racism, privilege, society’s most vulnerable, and trusting the government and the police to control our behaviour.