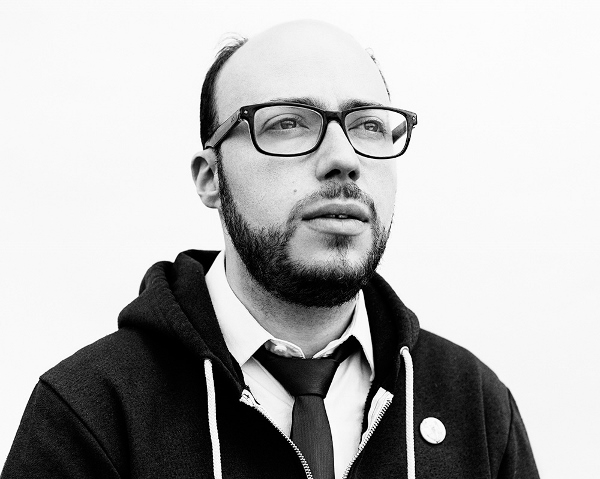 I don’t know if maybe you’ve noticed this, but it’s bloody freezing out — so it felt like the right time to check in on Yarn: An Evening of Comedic Storytelling. Organized by Jeff Gandell (of Fringe Fest fave The Balding), the monthly lit night mixes up improv, storytelling and readings for an intimate evening with some of Montreal’s best writers.

This week’s edition is headlined by Sean Michaels, whose first novel Us Conductors is being published this April by Random House.

“It’s coming out April 8th,” Michaels says, sounding exactly as excited as one might expect. “It’s my debut book and debut novel, and it’s inspired by the true story of the invention of the theremin. It takes us to events in the inventor’s life in the 1920s — his life and loves, delusion and invention and patriotism and electricity and espionage and kung fu. And music. And half of all of these things take place in jazz age Manhattan and the other half in Stalinist Russia.”

That Michaels should write about Lev Sergeyevich Termen (aka Leon Theremin), creator of music’s weirdest instrument, might come as no surprise to many, who likely came to know him as a long-time writer at Said the Gramophone. But this iteration allows him to bring some of his other passions into play.

“I’m interested in doing a mixture of improv and something more prepared, in telling a story that I won’t know exactly how I’ll tell it until the night of,” he explains. “Unlike other storytelling nights, Yarn does allow things to be read if people want. But I’m a writer and I do lots of writing, and I’ve also done a lot of improv comedy in my time, so this is an interesting chance for me to kind of really reduce the gap a little bit. I’m still hemming and hawing at the final hour to do something that isn’t ready, exactly, to kind of stretch myself a little bit.”

Gandell’s crafted a stellar line-up of established talent this week, with performances by Nisha Coleman, Britt Dash, Paul van den Boom, Lar Vi and Michelle Glennie. And while the event is being touted as the Olympic edition, it’s not too likely to descend into tales of athletic prowess.

“No Olympics,” says Michaels. “I think I might tell a story about thieves in Latvia, maybe about graffiti artists in Russia. Or maybe I’ll just read about my book about the theremin.” ■