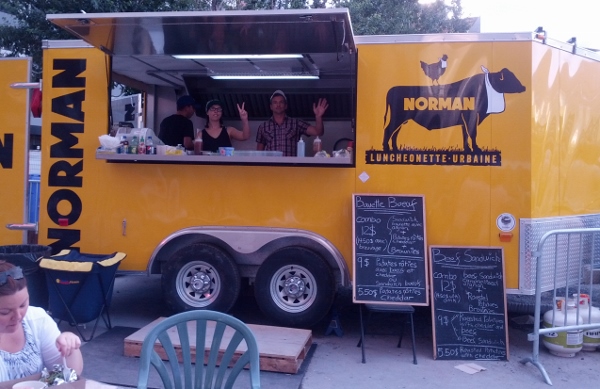 Today Mayor Denis Coderre deemed last summer’s food truck experiment a success and suggested that even more kitchens on wheels are wanted for the 2014 season, which will begin in May.

In mid-March, the city will announce the locations, permit costs and selection procedure, and officially launch a call for applicants. So, Montreal restaurateurs (like last year, only existing restaurants with a permanent address need apply), you’ve got just over a month to contemplate going mobile.

In the meantime, let’s reminisce about the days when it was warm enough to line up and eat outdoors. See our 2013 food-truck coverage here and here, and see some harsh critiques of the concept here and here. ■