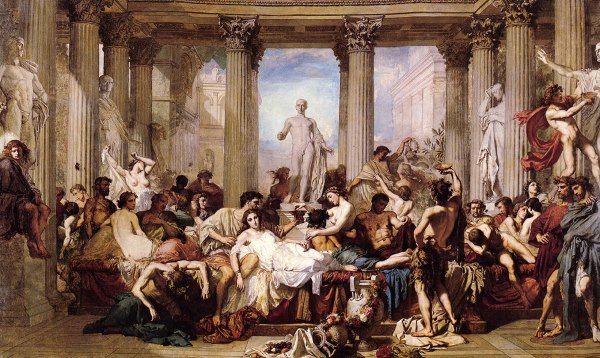 This weekend, while much of Montreal will be occupied running from gallery to ferris wheel to warming station at Nuit Blanche, ­­­the team behind Cool Fest is mounting a series of shows in Mile End, with all the musical quality, late-night energy and celestial heaviness they’ve become known for.

Since 2007, Blake Hargreaves & co. have organized these mini music festivals in Montreal, and expanded in recent years with Cool Fests in Toronto, Ottawa, Northampton and NYC. Over the last two years, a pagan, astrological element has been introduced, as the events are organized in conjunction with equinoxes and new moons.

“Our resident tarot astrologer Kitty sort of brought that vibe into it and now it’s become a real fixture,” says Hargreaves, raving about the success of the most recent Cool show (a one-night Cool Fest), which took place in Montreal at the end of January. “It was a new moon in Aquarius, a super moon, and it was just such a good night and such a good vibe, so I was positive that I wanted this one to also occur on a new moon, which it is, on the 1st of March. I think that adds an element of excitement to the fest that doesn’t have to involve drugs. It makes it spiritual and psychedelic, but you don’t have to be on something.”

The main attraction of Cool Fest is, of course, the music, and Hargreaves and his collaborators have booked stacks of great local acts of all sorts over the years, bands that sing in both official languages. Some of them have even played their first ever shows as part of this festival.

“The Montreal band Grand Trine, they had a good run, and their first show was at Cool Fest. I remember them playing around six o’clock, the place was packed, and they gave an absolutely amazing performance,” says Hargreaves.

As for genre and style, inconsistency is part of this festival’s mandate.

“It’s about having a fest where there’s no real genre,” he explains. “We’re trying as hard as we can to throw as many different things at you that you would never see together. I think a well curated group show is just the greatest thing to see in the art world, and so I try to do that.

“This particular Cool Fest that’s coming up, there’s a certain vibe to each chapter of it, but for the most part the fests have been anything goes, or deliberately trying to change things up and surprise people.”

This weekend’s Cool Fest is happening at Arbutus Records HQ, Brasserie Beaubien and Il Motore, but it used to take place at la Brique, one of several Mile Ex/Mile End lofts that recently closed down, and part of its mandate has become “keeping the spirit of the Montreal loft party alive.”

“We definitely like to party heavy, but it’s not unhealthy. The best thing that ever happened to Cool Fest was at the end of the first year, somebody told me, ‘It was way too smoky and I hated it.’ Then it became one of the only non-smoking underground loft events. It was so refreshing.

“Cops actually came to the Cool show in January, but nobody was smoking, the organizers were organized and when the cops came inside, there was nothing to see. It’s really sad because everybody wants to have a night where they’re really going hard until 5 a.m.,  but when you’ve got people living there and rehearsing there, I just think the only way to go is to keep it in the nice zone where it’s still a fun, wild party but it’s not extreme. It’s just about trying to keep things slightly more community, slightly more friendly, where everybody’s partying hard and going deep, but everybody’s in a good mood. You know, healthy, heavy partying.” ■

Note that festival passes are available for $15.