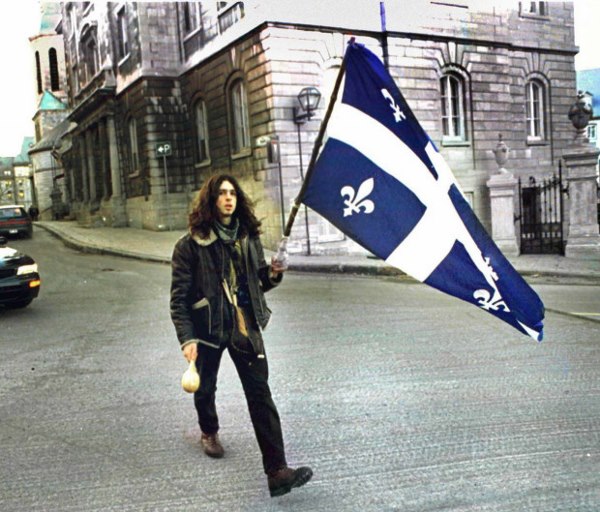 As an Ekos poll for CBC revealed this week, the strategy seems to be working. An astounding 19 per cent of Quebecers — that’s one adult in five — say they have given serious consideration in the last year to leaving Quebec. The numbers are even more dramatic among non-francophones in the poll, half of whom say they’ve wondered whether now is the time to crisser son camp.

Typically, some prominent Quebec nationalists have tried to downplay the poll results. On Radio-Canada’s Le Club des Ex Tuesday afternoon, panelist Jean-Pierre Charbonneau, a former PQ MNA, said exactly that. “There’s nothing new or surprising” about the poll, he said. He suggested that similar results occur every time the PQ is in power.

Although it’s certainly true that many anglophones and allophones feel more isolated or alienated when the PQ is in power, the percentage has never been this high, even during and following two emotional referendum campaigns. In fact, the numbers have increased dramatically just in the last year: Shortly after the election that gave the PQ a minority government, an Ekos poll showed that 42 per cent of anglos were considering moving. Today, it’s 51 per cent.

When Charbonneau pooh-poohs the latest poll as nothing new, he is failing to take into consideration the fact that Quebec’s non-francophone population in 2014 is nothing at all like it was in 1976, when the PQ was first elected. Between 1971 and 2001, the anglophone population shrank by close to 200,000 people, going from 13.1 per cent to 8.3 per cent of the province. Many — if not most — of those who left were people who couldn’t or wouldn’t accept the new linguistic reality ushered in by Bill 101.

Those who remained, and those who moved to Quebec from elsewhere, were well aware of the new language dynamic and were much more willing to adapt to it than those who fled. The intervening years saw a huge jump in bilingualism among Quebec anglos, going from 37 per cent in 1976 to close to 70 per cent today.

In other words, after 40 years of language legislation beginning with Bourassa’s Bill 22 in 1974, the anglos and allophones who still live in Quebec in 2014 are by and large pur et dur Quebecers. We have watched parents, siblings, neighbours and colleagues leave the province in droves, yet we stayed. Many of us love Quebec just as much as any pure laine Charbonneau. We may speak French with accents and constantly confuse the gender of nouns (really, moustache and beard are feminine???), but we continue to call Quebec home despite the challenges of being members of linguistic minorities.

So when half of us say we’re seriously thinking about leaving, M. Charbonneau, maybe you should do a little serious reflection of your own.

What is pushing so many anglo and allo Quebecers to consider throwing in the towel? The poll says political uncertainty is the biggest factor. But it would probably be more accurate to blame political certainty: the certainty that the election of a PQ majority government will be viewed as an endorsement of its identity politics, its us-and-them mentality, its betrayal of past efforts at rapprochement with non-francophone communities.

The final straw for many has been the so-called Charter of Values, an Orwellian piece of legislation sponsored by a minister who insists that down is up, right is left, and freedom of religion can best be guaranteed by suppressing its public expression. Marois and her ministers have disingenuously promoted it as legislation that unites Quebecers despite incontestable evidence that it is the most divisive debate Quebec has seen since the sovereignty referendums.

Many of its supporters see the Charter as an affirmation of commonly held values — “four legs good,” as Orwell put it — but fail to acknowledge that the message also means “two legs bad.” The attempt to homogenize religious expression may appear innocuous to those who already live in a white-bread world, but it can’t help but be seen as an attack by those who don’t fit the mould — or who are seen as mould by the province’s secular Catholics.

If opposition to the Charter is strong in the non-francophone population, even among atheists like myself, it is precisely because most of us know that we, too, don’t fit the mould. We don’t need to wear a turban, a kippa or a hijab to know that the Charter is an attack on all minorities. When the majority shows that it’s prepared to suppress basic human rights just because it doesn’t like the way you dress, or think or act, it’s time to take a hard look at whether you want to continue living in that society.

Many francophone Quebecers, it seems, have forgotten what it is like to be members of a minority. They must have forgotten the long struggle to protect their own cultural identity from assimilation if they are so easily convinced that other minorities don’t deserve that protection.

That’s why I’m among those who are now seriously considering leaving.

That’s why it is so hard to watch as Marois and her heir apparent, Québecor owner Pierre Karl Péladeau, steer the province on a hard right turn, finding inspiration in intolerance, affirmation through repression, and pride through prejudice.

It’s a Quebec I don’t recognize and, if the Charter is adopted, one that I can no longer defend. ■