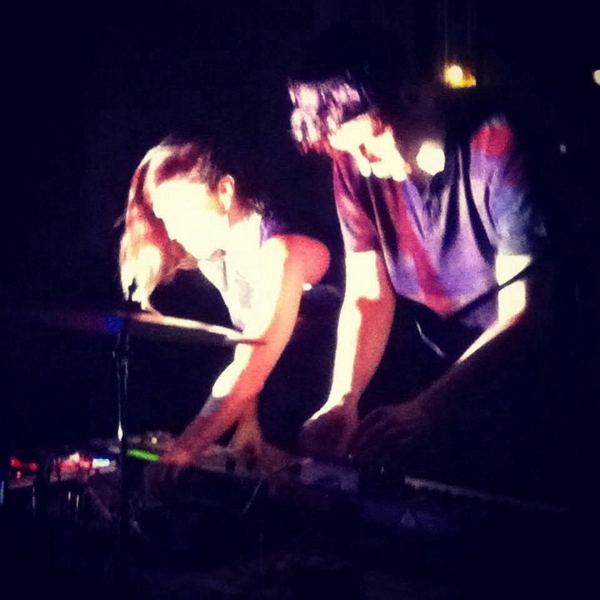 Eric Trottier and Julie Morand-Ferron are Violence, a duo with an undeniable command of synth-pop craftsmanship. From Shawinigan, the couple moved to Montreal around the turn of the millennium, then went to England so Morand-Ferron could pursue a post-doctorate at Oxford, and finally settled in Ottawa a year ago — she’s a researcher in the field of cognition at the University of Ottawa.

During their time in Montreal, the duo worked with other musicians in projects such as 011, and have been collaborating with Automelodi’s Xavier Paradis since 2007. He produced their album, Erlebnis, which is being released by local synth-pop specialists Visage Musique.

Ahead of this weekend’s album launch event, I called Morand-Ferron at work to talk about making music and exploring Ontario’s music and art scenes.

“Both of us do a bit of everything,” she says, explaining the Violence process. “Eric is really explorative and inquisitive, and he’ll play a lot with the synths just to get some sounds and get a feeling across. While he can do that for days, it would drive me crazy to do it for more than a few minutes. But once he gets onto something that gets me hooked or excited, then I can work for days building a song. He loves starting things anew and I like building things up.

“He’s the main songwriter and the main lyricist. He studied literature. The texts are not very long, but the importance that the lyrics have in this project is not proportional to the number of words. It’s very important for us that lyrics have some poetic meaning and that they reflect something that we’re thinking about.”

Foremost on the duo’s minds when this project got going in 2011 was their new environment: England, where they lived for three years.

“We were away from the cultural environment that we knew. We had emigrated to a new place and had a very low frequency of social contacts and everything that we were surrounded with was novel. The two of us in that new environment helped create some kind of unified vision of what we were feeling.

“Sometimes when I hear some of the melodies or some parts of the songs, I have some images from Oxford that still come back to my memory. One thing I like about songs is when they can be mnemonic cards or tokens for portions of your life, and when you hear them these memories feel more alive, they’re revived. For me, that’s a sign of success, when I can evoke that in my stuff.”

Trottier and Morand-Ferron are clearly no strangers to small-town life, so they’re adjusting well to Ottawa, despite the scene’s dearth of acts similar to theirs.

“It’s very noise- and experimental-oriented around here,” she says. “In terms of performance art and visual art, I really like the effect that this has. There’s a gallery in Hull that is very nice; they have sometimes live performances, experimental theatre, and that’s really exciting. As for music, I think the geographical location is just bad because it’s close enough to Montreal and Toronto that people who want to live for and from the music just move.

“But we’ve been discovering Toronto more and more now that we’re closer. We’ve played twice there, and both times it was really nice, really exciting. People were really expressive, people were dancing, so maybe some of the stereotypes about Toronto are falling down.” ■