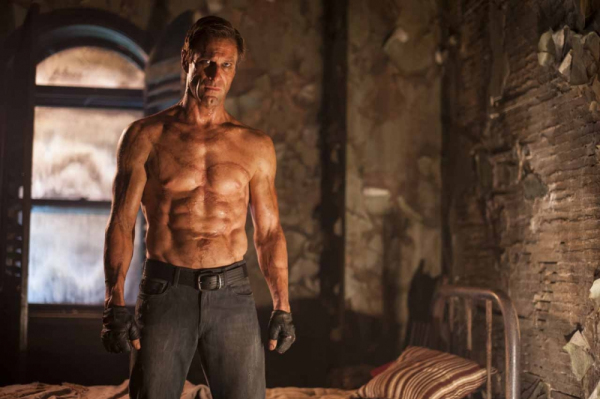 January isn’t always the most reliable month when we’re talking cinema. It’s often the case that prestigious, highly anticipated films make their way to the big screen just before New Year’s. But this month’s eclectic mix will certainly have something interesting for everyone.

Freaky flick Devil’s Due, about a horrific pregnancy, comes your way on Jan. 17. Kenneth Branagh brings Tom Clancy’s Jack Ryan to life in Shadow Recruit (Jan. 17). Ben Barnes, Jeff Bridges and Julianne Moore star in the evil-spirit-fighting fantasy Seventh Son (Jan. 17). Also on the 17th, you can check out animated comedy The Nut Job, about a group of rodents trying to acquire food outside of their local park, action/ cop comedy Ride Along, starring Kevin Hart and Ice Cube, and Ralph Fiennes’ The Invisible Woman, about Charles Dickens’ love affair with a younger woman.

Based on a true story, Gimmer Shelter stars Vanessa Hudgens in a career-changing role as a teen living on the street (Jan. 24). Sabotage keeps Arnie Schwarzenegger working, this time as a DEA task force agent (Jan. 24). And Stuart Beattie’s (G.I. Joe) I, Frankenstein will try to turn the staple horror flick monster into an action hero on Jan. 24.

Jason Reitman’s (Up in the Air) Labor Day brings Josh Brolin and Kate Winslet together to tell the tale of a misunderstood wanted man (Jan. 31). And comedy That Awkward Moment stars Zac Efron, Michael B. Jordan and Miles Teller as three 20-something friends navigating love and relationships (Jan.31).

On Jan. 17 at Cinéma du Parc, you can check out the documentary Spinning Plates, which explores three unique restaurants and their respective owners, as well as The Square, which goes inside the Egyptian revolution.

Cinema Excentris will have the hard-hitting sustainable agriculture documentary  No Land, No Food, No Life on Jan. 17. Emanuel Hoss-Desmarais’s drama Whitewash stars Thomas Haden Church as a snow plow operator in rural Quebec struggling with life after he accidentally kills someone (Jan. 24). Italian film The Great Beauty explores the lavish life of a tastemaker in Rome who shifts gears after his 65th birthday (Jan. 24). Local director Khoa Lê’s Bà nôi chronicles his trip to visit family in Vietnam, and Godfrey Reggio’s (Koyaanisqatsi) Visitors uncovers our trance-like relationship with technology (Jan. 31).

The PHI Centre offers A Month of Cinema: With a Folk Twist. From Jan. 13–24, they’ll screen 12 films which explore the “rural exotic.” For the complete list of films, dates and times, head here. ■