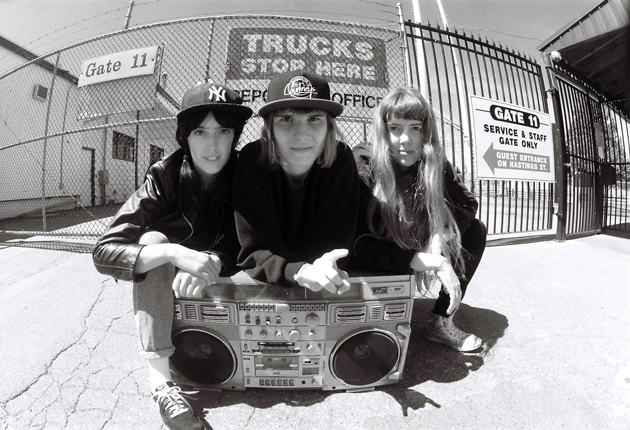 Vancouver trio the Courtneys pay homage to ’80s all-star vampire movie The Lost Boys in the video for their second single, directed by Rose Gagnon.

Thus:Owls, “As Long As We Try a Little”

Montreal’s own Thus:Owls shared a new song and announced the release of their next record this week. Turning Rocks will be out on Secret City Records on April 8. Here’s a preview:

And Montreal’s Mac DeMarco premiered a new track at the Sundance film fest this week, and announced an April 1 release date for his next record album, Salad Days. Watch the video, directed by Arturo Perez Jr.