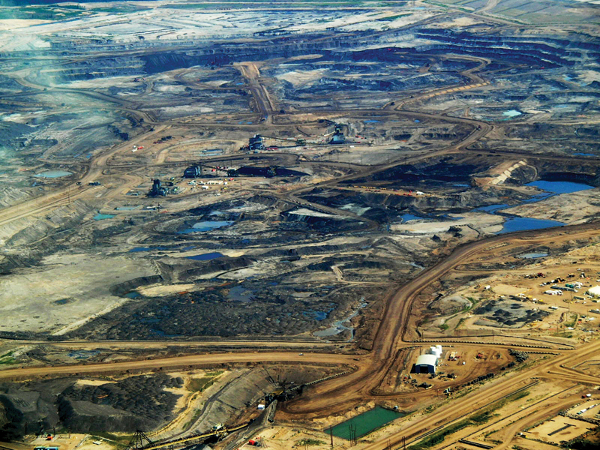 It’s not easy to swallow the Harper government’s line about the need to cut government expenses when it has decided to invest $22 million in an ad campaign to promote the Alberta tar sands in the U.S., Europe and Asia — and another $16.5 million to sell Canadians the same bill of goods.

As the NDP’s Nathan Cullen noted yesterday, “Of all the industries, I didn’t know that oil and gas and mining companies were so impoverished that they couldn’t take ads out in newspapers. I don’t know why we’re subsidizing Shell and Chevron in their efforts to sell oil. I think they’re more than capable of doing that themselves.”

And as the government is shutting down fisheries libraries and destroying their contents to save a few bucks, Ottawa has spent more than $2.5 million to promote its Canada Job Grant initiative. The catch? The program doesn’t yet exist. It may not ever exist, in fact, since it would require agreements with the provinces, which are refusing to climb aboard.

But let’s not let that get in the way of a nice economic feel-good ads, eh, Stephen?

That’s much the same story for the nebulous Economic Action Plan ads, which have cost well over $100 million since 2009.

So it seems that, thanks to the government’s penchant for self-promotion, the biggest beneficiaries of Ottawa’s economic initiatives are advertising agencies and the media. Last spring, a Canadian Press study revealed that the ad budgets for key economic departments have exploded since the 2008 recession, doubling and even tripling compared to the previous five years.

Getting back to the oil ad campaign, the $40 million is being spent, in the words of Natural Resources Minister Joe Oliver, to “raise awareness in key international markets that Canada is an environmentally responsible and reliable supplier of natural resources.”

The need to “raise awareness” is, of course, triggered by the fact that a hell of a lot of people hold the opposite opinion: that in the mad rush to extract as much oil as possible from the tar sands, Canada is wreaking havoc on the local environment. A recent story by Aljazeera America noted that Canadian government scientists have found a 73,000-square-mile ring of mercury around the tar sands, with levels in the heart of the ring reaching 16 times higher than background levels for the region.

The extraction process will also produce so much CO2 that the tar sands will singlehandedly ensure that Canada not only fails to meet its own 17-per-cent reduction targets by 2020, but greenhouse gas production will actually increase compared to 2005 levels. And that’s not some environmental radicals making the claim — it’s from the government’s own report to the United Nations, filed just last month.

To summarize: your government will spend $40 million of your tax dollars on behalf of private oil companies to convince Canadians and the rest of the world that oil sands exploitation is environmentally responsible even though its own reports show widespread increases in mercury contamination and CO2 emissions that will quadruple between now and 2030.

The corporate tax rate, that is.

Your tax rates and mine haven’t changed a whit. ■