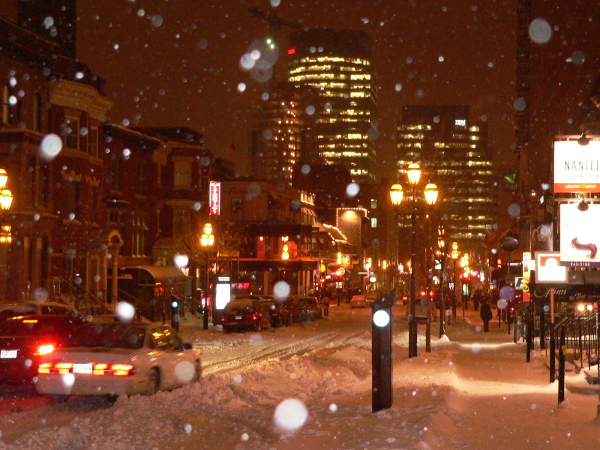 There’s never a lack of interesting things to do in Montreal, although occasionally the weather makes doing anything besides building an impenetrable blanket fort an agonizing chore.

Especially when on the Cult MTL beat, where it’s ingrained in one’s muscles to venture out and check out that new bar or band on a near-daily basis, one must layer up and navigate those icy sidewalks for the greater good. Because the city’s wheels never stop turning.

Over the holiday break, I dressed up and hit douche-y mecca New City Gas on a frigid Sunday night, drove in a snowstorm to meet a friend in Lachine and, like a great many of you, painted the town on New Year’s Eve. In all three cases, the enjoyment level was comparable to nights out during the summer, and in the instances where I decided to stay home to gorge on Christmas leftovers and veg out to episodes of Bar Rescue, I ultimately regretted doing so (except for the odd Risk of Rain marathon — it’s a very engrossing roguelike).

Cautionary tale: The other night I passed up an opportunity to grab drinks with this very publication’s editor-in-chief and a few friends at Sparrow, only to find out later they had engaged in a fervent discussion about music (specifically, the merits of ‘90s icons Oasis) with one of the scene’s luminaries well into the night. Instead, I spent the evening engaging in even more superfluous arguments online with total strangers. It just wasn’t the same.

I also feel somewhat guilty that I’m not dispensing my limited disposable income into the community at my usual rate. If the forecast isn’t amenable, that mid-morning trek for an espresso and biscotti might devolve into a stale Demi-Lune from the pantry, accompanied by a cup of Maxwell House. I rarely say no to catching some live music, but when it’s 9 p.m. and I’m still wearing pyjamas, it can be tough to switch gears. If I skip out on a show, I’ll then go download a local band’s album on Bandcamp, and drop a few bucks in the “name your price” till as a half-assed way to assuage my guilt.

But, as you know, going outside when it’s hellishly cold (or Mars-like, as it was in Winnipeg recently) is only an annoyance for a few short minutes. It’s like ripping off a Band-Aid — once the initial sting wears off, you’re golden. And then once you’re out there, what’s the worst that can happen? If you wipe out on a patch of ice, it means you might be lucky enough to make the evening news.

So what was the point of this pep talk? I’ve gotten off the couch, wiped the crumbly bits from my tattered home T-shirt, and I’m heading out. So if you’re one of those weather-affected types, end your hibernation early and come with. You go outside first, though. I’m right behind you. I swear. ■