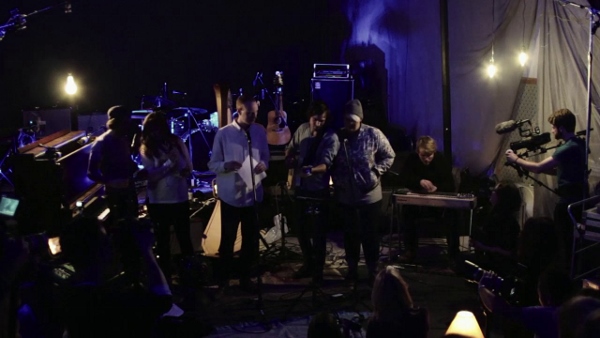 Remember when Beck released an album called Song Reader, exclusively available as sheet music? Beck has performed it live a handful of times, but not in Montreal. So, as part of the 2013 edition of the M for Montreal festival, and under the banner of the the NOMAD collective, local musicians Patrick Watson, Brad Barr and Sarah Page (the Barr Brothers), Alejandra Ribera, Jill Barber, Ariel Engle and Andrew Whiteman (AroarA), Graham Van Pelt (Miracle Fortress), Joe Grass and Safia Nolin gathered together to play eight tracks from the 2012 album at a secret show on Nov. 22, 2013.

Last week, a video of this intimate special event was made public. Watch it here: