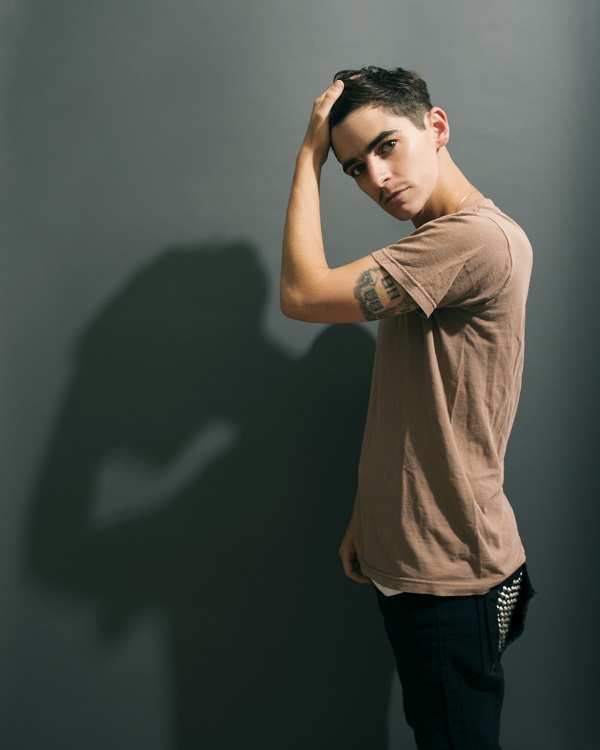 Whether the name JD Samson rings some bells due to her membership in synth-punk/electro-pop band le Tigre or MEN, one thing is for certain: there are few parties like a JD Samson party.

Samson dons many hats, including producer, DJ, songwriter and activist, and she’s consolidated all of those skills into music with a political, feminist and LGBT-positive slant since the early 2000s. With the release of Labor, the second album from her latest project, MEN, she’s allowed herself to cut a bit closer to the bone.

I spoke to Samson earlier this week about the new album, the upcoming tour and her first foray into love songs.

Kayla Marie Hillier: What was the process like for Labor? Your previous album, Talk About Body, started with a tour which can be viewed as a somewhat backwards way of doing things.
JD Samson: There were a couple elements that were different. With that record [Talk About Body], people were excited that we existed and they didn’t really seem to care about knowing the music — it was creating this space, kind of extending the le Tigre space into our future. So I think that was why we were able to tour before the record came out. Then when the record came out, I felt like we’d already been touring for two years without a record and it was the same material, so we had to slow down a bit. In that slowing down period, that was when we were writing.

The music industry has changed a lot since 2007, so we wanted to focus on meeting the demand for the shows before we actually knew what the outcome was going to be. It was important for us to have music to play that people knew and were excited to hear live.

In terms of writing the record, it was a world of difference. We had different members in the band, and different goals, and a different way of recording and different collaborations, so it’s been a really different space.

KMH: When you’re working on a new album, are there certain things that you keep in mind, certain targets that you want to hit or is it a bit more of an organic process?
JDS: Some of the songs were written from a concept document where I keep some ideas, like a song about time, a song about Pussy Riot. And then a lot of other songs come to me through gibberish while I’m singing. And those songs feel really deep to me like some sort of stream of consciousness-style thing. Usually those are the ones that mean the most in a way. It’s really different for each song.

KMH: How did you end up with the album title Labor?
JDS: We really wanted to use the word “work,” because it turned the music-making experience into art. That word is used a lot to describe artwork. It was also this idea of a labour movement, that this is our job — but then we realized it’d be like Men at Work and we were totally freaked out about that.

And then we were wondering if “labor” was okay — and we had all these other ideas as well. We weren’t really sure what to do for a while, but then Labor felt like the right move. It meant working, but also women giving labour; it felt like a really good juxtaposition or double entendre, I guess.

KMH: The live shows are pretty vital for MEN as they were with le Tigre. Can we expect more of the same?
JDS: This tour is really different. We’re touring with someone named Lorna Doon, who’s a synth player, and she’s a really incredible addition to the live set-up. But in the past we’ve had a live bass player and then it felt more funky, or a live drummer and then it felt more rock. So this feels super electronic and synth-based and that’s something that’s new for us. The set is more fluid and almost more like a DJ set. There’s a lot less talking to the audience and that feels good to me but it also feels super vulnerable. In the past I’ve felt like I was part of the “we” of the room. But I feel very separate and vulnerable up there. Maybe it’s because a lot of the new songs are emotional and personal.

KMH: Yeah, I noticed that. The first single, “All the Way Thru,” is almost an electronic love song/ballad.
JDS: It’s the first love song I’ve ever written. I think that’s why it’s political to me, because it was such a vulnerable experience to write a love song. It felt super political to be able to do that — also a really big step in my adult life of letting myself be that vulnerable. That’s a really important thing to talk about. ■