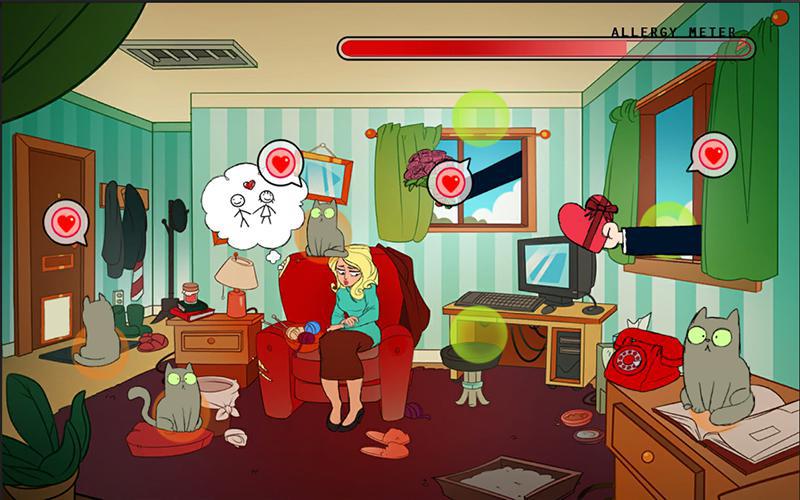 Diana Is Allergic to Love

If you can believe it, over 3,000 new video games will be made this weekend.

Some of them will be great, others not. Most will be barebones prototypes. But whatever the case, the annual Global Game Jam has become a big deal for over 10,000 pro and amateur game makers around the world.

The 48-hour challenge will be happening this Friday through Sunday at hundreds of sites, including a few in Montreal, most notably Concordia’s TAG centre and École de technologie supérieure.

On Friday, participants will meet up and start brainstorming ideas based on a vague theme given by the Global Game Jam organizers (last year’s, for instance, was “Sound of a Heartbeat”). Then, it’s a mad dash to build a working prototype worth submitting once the 48 hours are up. In the case of ETS, there will be a sleeping area for people who would rather take a quick nap on-site than use up valuable time going home.

If you’re interested in getting into the gaming industry, especially if you’re a student, Montreal Game Jam at ETS organizer Samuel Simard says the game jam experience is an essential one. “If you come from video game design school and you’ve never worked with a team before, game jams will teach you what it’s like to be in a multidisciplinary environment,” he explains.

“Half of the people there will be students. You’ll get a mix of students in programming, art and a few in sound engineering. Then the other half will be professionals, from big studios and indies.”

The idea of the Global Game Jam isn’t to simply work with friends, Simard says, but for game makers to step outside of their comfort zones and meet new people with different skillsets. He adds that 150 people have signed up for the Montreal Game Jam at ETS, and over 30 games will likely be made.

As for the games themselves, don’t expect the next blockbuster hit, but many of the ideas hatched in the fast-paced jam environment end up being developed further after the weekend is up.

“It’s a short timeframe, but you have time to do something impressive,” says Simard, who is also the president of Conjure, the ETS club responsible for organizing Montreal Game Jam.

Los Angeles-based studio Thatgamecompany, makers of PlayStation 3 hits Flower and Journey, is an example of a famous development team that found inspiration in game jams, Simard says. “They love game jams, and they’ve come up with core game mechanics at jams before. So those jams helped them make a final game later on.”

The games will be playable as well, so be sure to check out the official site a few days after the competition ends for a taste of what a game made in 48 hours is like. ■