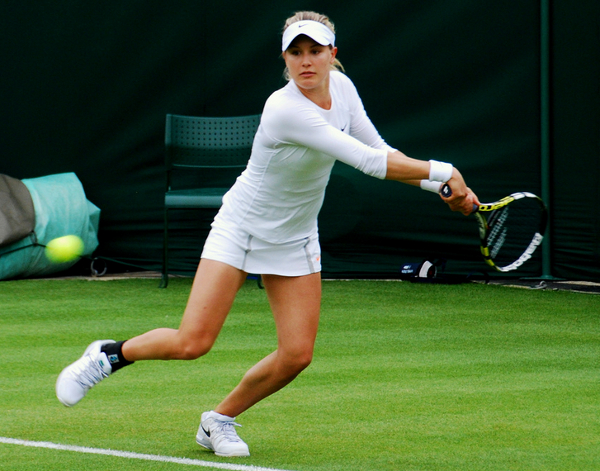 Sure, Westmount tennis sensation Eugenie Bouchard didn’t actually win the Australian Open, but to weather-weary, circadian arrhythmic Montrealers who followed her meteoric rise to folk hero Down Under these past two weeks, she’s our champion.

The 30th-best (and soon to be ranked higher) women’s player in the world performed very much beyond her 19 years, pulling off impressive comeback victories against Aussie native Casey Dellacqua and former top seed Ana Ivanovic, before eventually falling to hard court expert Li Na in the semifinals. Simply by virtue of making the penultimate round of a major tennis tournament, Bouchard had already achieved something no other Canadian women’s tennis player had done previously, so history was made, even if she didn’t go all the way.

The excitement that gripped social media every time “Genie” took to the court was truly a sight to behold. For a couple of hours every other night, Montrealers got a brief, welcome reprieve from the daily grind, and a chance to be united for a change. Tennis fans who have been living on Melbourne time were obviously psyched, but so were people with only a passing interest in sports. The latter group has had it especially tough, since there haven’t been too many water cooler sports moments in Montreal in quite some time, at least the kind that would fill one with civic pride.

Bouchard’s run, though, was the real deal, and the tennis experts during the broadcasts were gushing about her potential, going as far as to call her “the future of tennis.” As great as her performance was, the consensus is there’s more to come. We’re all expecting Bouchard to win the big one eventually.

It’s good for her, obviously, but it’s good for us, too. An ESPN announcer declaring tennis’s new wunderkind to be from “Westmount, Canada, a suburb of Montreal” will hit more ears internationally than a political gaffe or crumbling bridge ever will. The “Genie Army,” her boisterous cheering section who donned Canadian garb and gave her stuffed animals after every match, was actually made up of Aussies, showing her appeal goes beyond patriotism. She became the story of the tournament, even garnering more attention than the sport’s big draws. Heck, Li Na apologized to the crowd for beating her.

Genie-mania will soon be here: Montreal’s annual tennis tournament at Jarry Park (it’s the ladies who will be visiting this August) is suddenly set to become the city’s big summer sports ticket, and February’s Fed Cup at Complexe sportif Claude-Robillard is actually going to be a big deal to regular Joes.

With Als QB Anthony Calvillo calling it a career, the Habs starting their annual slide into mediocrity and the safety concerns surrounding the upcoming Winter Olympics in Sochi, it was a bad week for the sport of sports escapism in Montreal, at least until a 19-year-old heavy-hitting Westmounter came along. It might be a long while till the Habs hoist another Cup, but in the meantime, wouldn’t it be great to have a parade when Bouchard wins her first major? Maybe in a few years we’ll be saying: “The Genie parade will follow the usual route.” ■