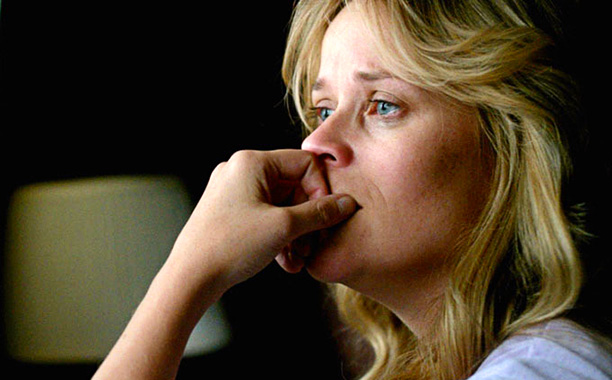 On May 5, 1993, three young boys from West Memphis, Ark. disappeared mysteriously after getting together to play after school. The next day, a shoe was found floating in a muddy creek near Robin Hood Hills, as well as the bodies of the three boys, undressed and mutilated, hogtied with their own shoelaces.

The West Memphis police department convicted three teenagers, Damien Echols, Jessie Misskelley Jr. and Jason Baldwin, whom they knew to be troubled youths — but they never gathered enough evidence to confirm their presence at the crime scene. To this day, it isn’t clear who committed the murders and why.

The case has become known as the West Memphis Three and has been documented in film several times, most notably with the Paradise Lost trilogy and the 2012 documentary West of Memphis. And there has been tremendous support for the three convicted teenagers, whom many believe were failed by the American judicial system.

Now, Canadian director Atom Egoyan is offering a new retelling of the story with Devil’s Knot — and he’s stepping away from the trodden documentary format. The screenplay is based on Mara Leveritt’s book of the same name and was penned by Paul Harris Boardman and Scott Derrickson (who also co-wrote The Exorcism of Emily Rose and other horror flicks). It stars Colin Firth as Ron Lax, the private investigator who lends his services to Damien Echols, and Reese Witherspoon as Pamela Hobbs, the mother of Stevie Branch, one of the victims.

At its core, Devil’s Knot is about scapegoats and witch hunts. As Damien Echols tells Ron Lax, “every time something weird happens in this town, people blame it on devil-worshippers,” thus emphasizing the rigid religious roots of West Memphis and its people and explaining the motivation behind the trials themselves.

When the film premiered at Cinémania in November, I got to sit down with Egoyan to discuss the film and its controversial subject matter.

Radina Papukchieva: How did you come across the script for Devil’s Knot?
Atom Egoyan: I’d seen the original documentaries back in the ‘90s, so I was familiar with the story already. Once I re-read the script they sent me, I said to myself, “Yeah, this should really be dramatized.” If you find the right actors, you can really explore the subtleties of what it means to live with doubt. And that is a very different side to the story than what the documentaries show. You see these characters performing in front of the documentary cameras heighten themselves, especially John Mark Byers [one of the fathers of the missing boys]. Once you have professional actors, you can calibrate that.

RP: There is so much manipulation on the part of the characters themselves — everyone has their own story, their own reasoning about the crimes.
AE: Yeah, and it’s never-ending. Even watching someone like Ron Lax, who became a witness in the trial and contributed so much, you see that he has no power whatsoever on the outcome.
RP: And there was new evidence released just recently, after you finished your film —
AE: Yes, and for all this new evidence, nothing has changed because the state has too much invested in the verdict staying the same. For them to overturn the guilty plea that the boys have now signed to, it’s going to be monumental. They can’t just do that because of a new piece of DNA, it has to be something huge — but I don’t know what that would be. And I have my own theory, but that theory can never be proven.

RP: So many of your films delve into the search for some kind of truth — The Sweet Hereafter, Where the Truth Lies, Chloe — but ultimately we learn that it’s not the truth that matters per se, but the motives for its search. How was your approach different, or similar, with Devil’s Knot?
AE: I think that all of my own scripts —and even Chloe, which wasn’t my script — they have a conclusion. They arrive at a certain point where you’re aware of the structure as being coherent in terms of that development, but this film was very unusual from the beginning because there is no conclusion. The nature of the crime is so specific and so horrifying and calculated, and yet we don’t really understand why anyone would have done this. This is why I didn’t want to impose a visual style in the way that I normally do. I wanted to be open because the subject itself is so open to visual interpretation, because it’s been depicted so much. So it was a very different type of filmmaking for me, it was much more immediate. ■