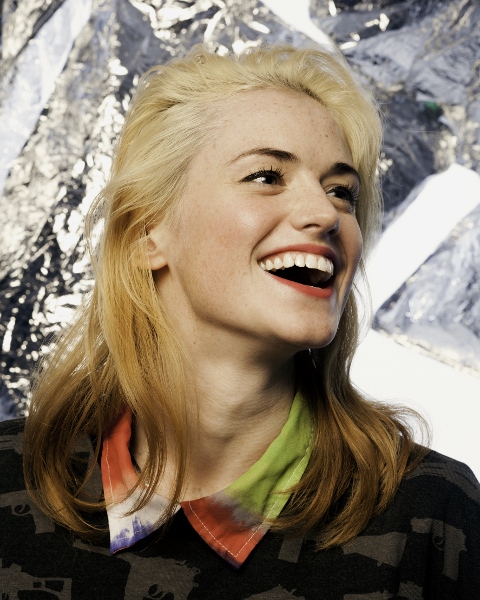 Jane Penny is the singer for TOPS, a psychedelic-soft-rock band signed to Arbutus Records. Their LP Tender Opposites was released in early 2012, and there’s new music on the way.

Holiday plans?
My parents live on an island off the coast of Vancouver. I’m going to spend time with them, look at the ocean and play their piano.

NYE 2013:
NYE is my birthday! No plans yet, but champagne and dancing will be involved.

Best NYE ever:
Y2K was pretty crazy—we thought we were goners! It would have been a real shame if all the computers crashed and a digital apocalypse destroyed the planet, but everything turned out in the end.

TOPS is releasing our second record. We spent a year working on it every day. It’s the best thing I’ve ever made. I don’t have too many firm plans, but I hope I get to work on some new songs, play lots of shows and maybe skip town for a bit. Later, Montreal! ■

Still wondering what to do for New Year’s Eve? Click here.

To vote for your favourite Montreal people and things in the Best of MTL, click here.

Cult MTL is a daily web and monthly print publication focusing on Montreal music, arts, culture and city life. Along with interviewing local and visiting artists, promoters and entrepreneurs, we feature analysis and criticism by our editorial staff and crew of columnists and freelancers, compile comprehensive event listings, curate a daily To-Do List and run the annual Best of MTL readers poll.