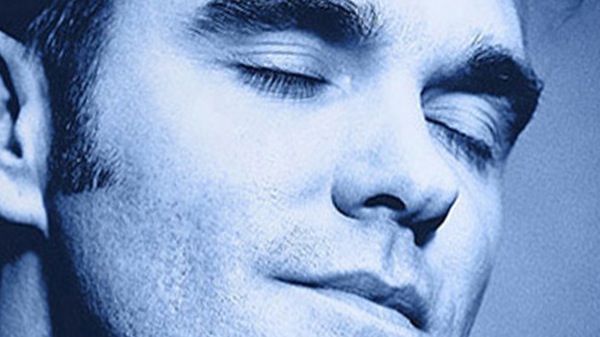 When I was a teenager, I was often advised that the Smiths were a band that one either loved or hated. But I was always on the fence, finding some of their songs exhilarating and others forgettable. Autobiography, the new memoir from the band’s iconic and controversial singer, will be equally polarizing. Morrissey fans will adore this book, while anyone who already detests him will find it an often beguiling journey into one man’s inflated ego.

Most people, like me, will fall somewhere in between, recognizing that while Morrissey is an intriguing character and among the most literate of pop stars — famously name-checking Oscar Wilde in a Smiths song and now devoting a section of his Autobiography to his literary heroes — that doesn’t necessarily make him a great writer.

The early pages of the book are in many ways the best and most interesting, containing skillfully drawn descriptions of Morrissey’s Dickensian youth in the coal-fired, working-class Manchester of the 1960s and ’70s. In florid, melodramatic prose, he breathlessly recalls his still-fresh detestation of school alongside endearing reflections on his obsessive fandom of pop music, especially glam and punk. Morrissey humorously recounts being turned down for an autograph by T. Rex’s Marc Bolan, and recalls how “the first woman” he ever fell in love with was one of the New York Dolls appearing in drag on the cover of the band’s first album. He later went on to head the band’s fan club.

While his overblown style initially works and comes across as charming during his recollections of the high drama of early life, it grows tiresome and occasionally incomprehensible as the formless book wears on, a wandering 460 pages of stream-of-consciousness vignettes about fame, touring, life in the U.K. and America, vegetarianism, saving injured birds and even a ghost sighting, without so much as a chapter break.

Beyond the charm of the early section, through much of the book Morrissey’s purple prose is filled with vitriol and misanthropy. If success is the best form of revenge, no one ever told Morrissey. While he decries cruelty to animals and recalls every slight he ever received as an awkward schoolboy, he has no problem doling out criticism and doesn’t spare a bad word for anyone who has ever wronged him, continuing to view himself as a persecuted victim. As he narrates the growing success of his singing career, his depictions gradually become crueler, and the book frequently gets bogged down in turgid recriminations. His recounting of going to trial when Smiths drummer Mike Joyce sued him for a share of royalties includes over-detailed descriptions of dealings with his solicitor and is just awful to read.

While Morrissey doesn’t downplay his fame, the book reveals his skewed, at times baffling perception of his contribution to music. For example, his depiction of the Smiths accurately (and with typically mixed metaphors) represents his own freedom as singer in the band, but the music itself is described in a way that might perplex anyone who has ever heard it: “The Smiths’ sound rockets with meteoric progression; bomb-burst drumming, explosive chords, combative bass-lines, and over it all I am as free as a hawk to paint the canvas as I wish.”

Given Morrissey’s iconic status, with substantial editing, his Autobiography could have been a volume to match Bob Dylan’s Chronicles, so far one of the few worthwhile books in the nascent genre of rock memoir. Instead we have an unrelentingly misanthropic tome, peppered with dishy details worth digging out, but which frequently had me asking aloud, “Really, Morrissey? Really?” ■

Jeff Miller is the author of Ghost Pine: All Stories True.