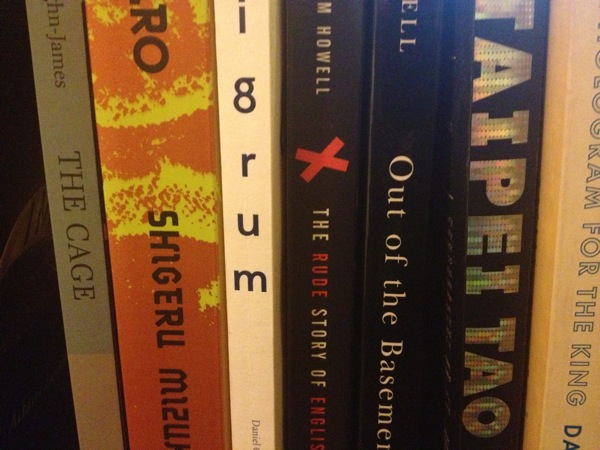 Year-end book lists are perfectly synchronized to Montrealers actually having time to read. Here’s what you might not want to miss.

Locally, this year’s buzziest books come from relatively young authors, both winners at November’s QWF literary awards. In fiction, Saleema Nawaz’s tale of two troubled sisters, Bone and Bread, has floated near the top of critics’ lists since its spring release, while Adam Leith Gollner’s second non-fiction volume, The Book of Immortality, is a philosophical meditation on eternity and the inevitable.

Also in non-fiction, David Austin’s excellent Fear of a Black Nation shines a spotlight on the history of black activism in Montreal, while Thomas King’s The Inconvenient Indian is a reminder about the entire nation’s debt to aboriginal populations.

Music fans have no shortage of options, with Richard Hell, Graham Nash, Morrissey and Bonnie Prince Billy all penning autobiographies in 2013 (or late, late 2012, in the latter case). Those more inclined toward the local should check out Miranda Campbell’s Out of the Basement, a profile of the people behind the scenes, the promoters and kids in bands who make Montreal’s vibrant indie culture happen.

Comics and underground art fans should consider investing in a twofer: Drawn & Quarterly released a large Art Spiegelman retrospective, Co-Mix, tracking different tangents of the artist’s style, while Coach House published Jeet Heer’s In Love With Art, a biography of François Mouly, who is Spiegelman’s wife, the editor of RAW magazine and, more recently, the art director at The New Yorker. Read together, the two books present a critical moment in underground comics’ history, stressing the editorial fine-tuning that helped to establish the form’s aesthetic.

Other highlights from the year include the Coach House reissue of Martin Vaughn-James’s 1975 underlooked dark classic The Cage, the graphic novel equivalent to living in a Nine Inch Nails song, and, for something lighter, local artist Jonathan Reid Sévigny’s recently published The Sweetburg Chronicles, about the imagination and life in small town Quebec, from Conundrum Press.

But D&Q’s best outing is the second edition of Rookie Yearbook — sure, it smarts a little to get schooled by a 17-year-old, but Tavi Gevinson has grown into a slick editor with a precise vision and the resources to collaborate with a girl-crush wish list. Publishing everything from profiles of self-reflexive female celebs like Lena Dunham and Grimes to an intro to menstruation that I found illuminating 20 years in, Gevinson’s intuitive fix on what matters to young women means that every female on the planet should probably own this book.

Internationally, a lot perennial pop-lit favourites came out with new work in 2013, including Junot Dìaz (an illustrated reboot of This Is How You Lose Her), George Saunders (Tenth of December), Aleksander Hémon (The Book of My Lives), David Sedaris (Let’s Explore Diabetes with Owls), Thomas Pynchon (Bleeding Edge) and Dave Eggers (A Hologram for the King AND creepy anti-social networking parable The Circle). New contenders for this canon include Rachel Kushner, whose sophomore novel, The Flamethrowers, tracks one woman’s flirtations with radical politics, and, love him or hate him, Tao Lin’s new novel Tai Pei and his burgeoning stable of protégés have established this chronicler of the minutiae as a major voice for the millennials.

Should be enough to get you through the cold snap, anyhow. ■