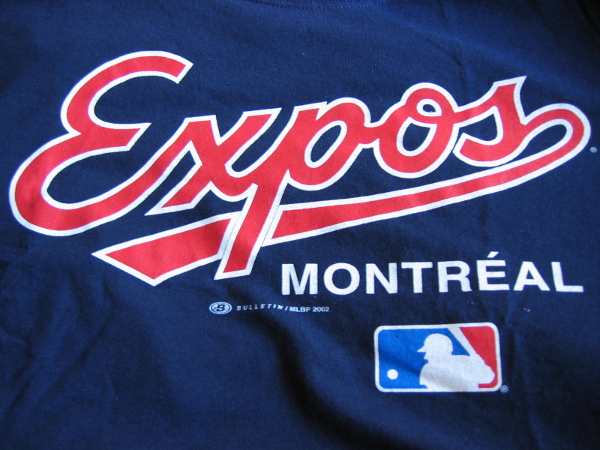 Not coming back — at least not any time soon. Photo via Flickr

So a lot of things happened this week, but none more important than the release of a study saying that Major League Baseball — which left the city when the Expos did — could totally work in Montreal. Per the study, commissioned the Board of Trade of Metropolitan Montreal and conducted by Ernst and Young, as of 2014, teams that qualify for “revenue sharing” will receive $20 million a year, while other revenue streams would include $15 million from merchandise and new media sales, $35-$40-million from TV rights and $40-$60 million in regional TV income.

So there’s that. But there’s another issue standing in the way of baseball’s return to la Belle Province, and that would be the need for a new downtown stadium, which would cost an estimated $500 million. The MLB won’t mess with the Big O anymore, and the idea is that a new venue should be open-air and accommodate 36,000 people. And then there would be the cost of acquiring a team — another $525 million. As one Cult MTLer said, that’s a lot of money to bring baseball back to the city. Said editor might have then compared it to the amount you could spend on, like, space exploration. But we would all welcome dollar hot-dog day back to the city. That six-dogs-per-customer limit would have to go, though.

As an American friend of ours — a New Yorker, no less — recently pointed out, not even Montreal’s parking meters are immune to corruption. Case in point: the skimming scheme tied to employees of Stationnement de Montréal — you know, the city’s parking authority. They pocketed something like $238,000. And now one guy, Richard Bellevance, is facing 20 more charges in the case. Bellevance likened his actions — which saw him grab over $5,000 from 15 different locations over an 11-month period between 2012-13 — as “taking from a plate of candy.”

Oh, hey, more UPAC arrests, this time on the South Shore. Four people were taken down after Nathalie Simon, the mayor of Chateauguay, ignored the key message in every street DVD produced between 2004 and ‘06 and blew the whistle on — startlingly enough — four guys who were trying to corrupt her by way of money and personal favours in exchange for “influential positions” with the city or zoning changes that would allow for developments. The arrested will be arraigned on the usual charges in February.

As of next week, freighters will once again run through Lac-Mégantic — well, the town’s industrial park. Some are cool with it, since companies in the industrial park count on trains to distribute merchandise.

Our friend Matthew Hays wrote an essay about how Rob Ford epitomizes what Canada has become. And The Onion killed it with this one. ■