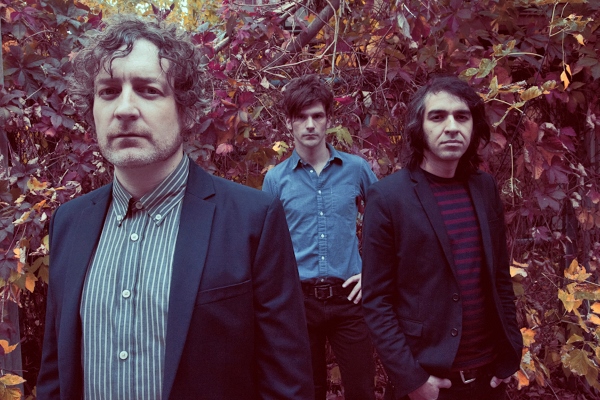 The High Dials sound like a brand new band. Prior to a pair of shows they’ve played in recent weeks, they were on a self-imposed two-year hiatus from the stage. They focused on writing, worked on film soundtracks, whittled down to three band members, expanded to five and hired someone to help them shift away from the classic pop and psych-rock framework they’ve been working within since the turn of the millennium. Frontman Trevor Anderson explains:

“We wanted to work with a producer who wouldn’t necessarily know all our obvious reference points and who could help us break the unconscious rules that build up in a band. We found that person in Marc Bell, who comes from more of a soul, hip hop, Afrobeat place but who really loved our demo, knowing nothing about our past. We worked in little bursts at his studio, with long agonizing pauses in between. I played a lot more instruments than usual, taking up some bass for the first time.”

The band has unveiled three new songs, and their sonic evolution is immediately evident. The grooves, the vocal treatment, the post-punk bass and the shoegaze guitars are arranged in a way that pushes forward while retaining a link to band’s rich past.

“I think we have definitely found a new sound, maybe three new sounds,” Anderson says. “We’re still trying to weave it all together. We’re releasing little pieces of the album as EPs before we put out the whole thing. I think the biggest departure for us was the work process which almost never involved a band jamming, but was much more piece by piece experimenting.”

Anderson and his longtime bandmates Robbie MacArthur and George Donoso III, and new members Charles Pham Dang (bass) and Sheenah Ko (keys), are launching the Yestergraves EP this week. Have a listen to the new songs below: