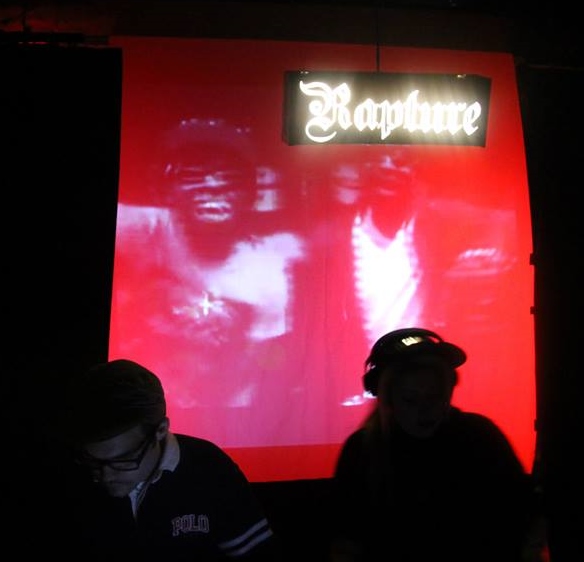 “Vincent and are I are both fans of rap and hip hop that has a heavier, darker and rougher tone to it,” Malone says, “but because crowds are so diverse, it was rare that we got to play as much of it as we would like to in our sets.”

Rapture incorporates “more production aspects in terms of atmosphere and visual elements to go along with the tone and feel of the night,” care of lighting specialist Claire Thomas. But it’s not just a DJ night — Rapture MTL is now mounting live shows, starting with Kool G Rap and AZ on Dec.13, a co-production with Push Entertainment, Far West and Neon. The latter, in turn, is now co-presenting Rapture.

To get a feel for Rapture, which is happening tomorrow night, Malone and Pryce put together the following collection of links. Have a look & a listen: