The bridges connecting the island to the mainland are blown. Sinister zealots have overrun Côte-des-Neiges. The underground city teems with zombies. The living have taken to the rooftops, connecting them with catwalks and zip lines, looting and bartering for supplies, repurposing scrap metal into weapons. Survival is everything.

This is the backdrop of Z’Isle, a serialized comic set in Montreal seven years after a zombie invasion. Longtime friends Lateef Martin and Dan Buller had been batting the idea of a collaborative comic back and forth for over a decade, but the project only grew serious after series like Lost, The Walking Dead and Game of Thrones showed them how to play the genre game straight-faced.

“The thing that we both really loved about The Walking Dead was the fact that the writer — his whole premise was that he loves zombie stories, he loves the movies, he loves all the George Romero stuff, but he said that they always ended when the story got interesting. Like, they’ve survived the onslaught, they’ve had a moment to catch their breath, and now they’re going to start this new life in a post-apocalyptic wasteland — and that’s the story I want to see,” Buller explains. 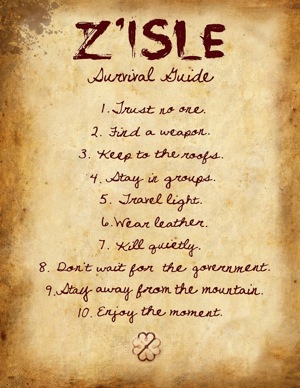 Seven years in, Z’Isle’s inhabitants have cobbled together ad hoc communities. Montreal has a provisional government, however enfeebled, that tries to reclaim safe zones for survivors. Today’s LARPers have evolved into psycho mercenaries who use their own body parts as zombie bait; “biter fighters” lurk in the shadows as benevolent sentinels, and a mysterious order called the Chroniclers write the tales of those who lived and died on the city’s walls. Meanwhile, the Papists, a post-Catholic death cult, read the zombies as redeemed sinners, actively sabotaging the remaining humans’ improvised communes to finalize what they see as the Rapture.

The comic passes between different clusters of survivors, Game of Thrones-style, following the lives and deaths of a few key characters as they move between groups and alliances around the city.

“At a certain point, the zombies become sort of incidental,” says Buller. “They’re just like a force of nature. They’re just a stand-in for any other kind of banal horror in life, whether it’s sickness, cancer, middle age, the cops. So you can tell any kind of story you want—the story that’s most interesting to us is rebuilding a society from the ground up.”

“WHOEVER MAKES THINGS ARE KING”

While Z’Isle is straight-up fantasy, Martin, the project’s writer, primary architect and visionary, has tried to imagine how the scenario would play out as realistically as possible. The survivors are not fey hipsters, nor the city’s economic elite — it’s pretty safe to assume that if you need your smartphone to find a restaurant, you wouldn’t make it.

“The thing is,” Martin says, “after seven years, whoever’s left is either a fucking badass, really lucky, really smart, really strong or some combination of those.”

In Z’Isle, “whoever makes things are king”: only those who have the wherewithal to make their own way in a cruel world endure. He cites people old enough to have basic handicraft skills, kids born or raised after the zombie invasion who view this life as normal and those who already existed a bit apart from mainstream society as some of the story’s main victors.

“We liked the idea that the survivors would be people who sort of work with their hands in the first place,” Buller explains, “who are sort of used to fixing things, or instead of buying something new will just fix what’s broken.”

This realism extends beyond speculation about who among us is the fittest. Prop artists craft real-world approximations of the kinds of tools and weapons their characters might rig together for Buller to draw. This stems in part from a desire to make the comic’s backdrop very distinctly Montreal: Arrêt signs become shields, Bixis are refashioned into composite bows or transport zips and the city’s red rosette logo is everywhere. 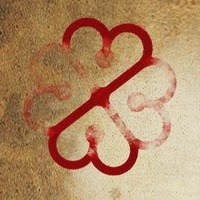 The team also offers cameos to collaborators, supporters and Indiegogo campaign backers, so the pages swarm with familiar pre-invasion Montreal faces. Royal Phoenix, for example (host of the launch party), appears as the city’s last bar standing, protected by a phalanx of ultra-violent roller derby girls. Z’Isle’s Facebook page is also a role-playing hub; Martin and collaborator Isabelle Duguay occasionally post an image or scenario, and fans fill the comments with their own in-role narratives.

While fully conceptualized, Z’Isle is very much in its nascent stages. A big impetus for the project was Buller and Martin’s desire to release it as a serial, which they lament as a lost form. The comic will unroll gradually, every few months, until the whole pre-planned story is revealed in three or so books.

“The first couple of years were just total chaos, rampant cannibalism and death and disease and everything,” Martin says. “The old Montreal we know is gone, but what’s the new Montreal going to be like?” ■