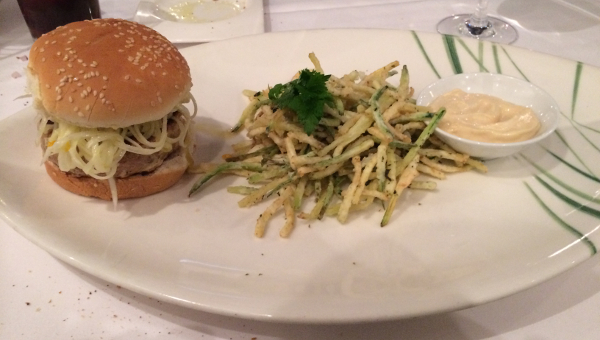 As food cities go, Montreal is kind of an expensive one. Sure, there are plenty of cheap eats, but it’s the high-end stuff — the fare that many of us can’t afford — that we’re known for. For the most part, restaurants like Milos, Toqué and Maison Boulud far exceed the budget of Montreal’s average, um, creative professional.

But not always. Dinner may be out of the question, but if you aspire to eat as though you had studied business or law rather than English literature, there is a window of opportunity, a golden two or three hours during which a meal falls into a price range that all but the most underemployed among us can afford. That magical time period is lunch. We left our work stations, if only for a fleeting moment, to find out what sorts of bargains midday meals at four restaurants we’d otherwise never visit would yield.

The Friday-only prix fixe lunch menu offers two courses for $23 (a few options are $2–$6 extra), making this a killer deal at one of the city’s finest restaurants.I started with a fresh and minimalist scallop ceviche, dressed with chunks of grapefruit, fennel pollen and a little fine-ground pepper to really let the shellfish flavour pop. On my waiter’s advice, this was followed up by the sublime crab beignet—a huge ball of dressed crab, breaded and fried, served on a bed of rapini and baby broccoli in a tarragon-heavy gribiche, topped with a few halved cherry tomatoes that, with the bitter rapini, helped cut the dish’s richness. Savouring this and sipping on an excellent rioja in the understated grandeur of the dining room made me feel like the rich person I’m totally not. (Emily Raine)

The Ritz Carlton restaurant specializes in contemporary French cuisine, prepared by “executive chef” Riccardo Bertolino with seasonal local produce and some of the staples of Daniel Boulud’s many eateries around the world. Matching the restaurant’s fancy-not-formal ambiance, the lunch menu features both complex dishes and high-end comfort food, and it was near impossible to fault anything we tried. The DBGB burger provided satisfying mouthfuls of succulent beef patty, rillon (pork belly confit), a fresh bun, Morbier cheese, arugula and tomato, with fries and refreshing homemade ketchup on the side. More refined palates will appreciate the New Zealand tai snapper with eggplant, saffron, mussels and kumquat in a lemongrass nage. À la carte mains will set you back $21–$40, but two or three-course table d’hôtes, which offer a number of choices are tempting, at $30/$37. (Lorraine Carpenter)

With prices ranging from $25–$42, Toqué’s table d’hôte lunch is very affordable. I opted for the squash soup with crispy bread and smoked spice cream for my first course, as well as a glass of Chardonnay. The fruity tones and spice complemented the seasonal soup, which made this course my favourite. Then it was on to the pan-seared skate wing with grilled pepper purée, carrot, fennel and coriander. The meat was cooked perfectly, nearly falling of the bone. I ended my meal with the buttermilk savarin with poached pear, red wine jus and sour cherry vinegar. The dish was served cold, which was disappointing, regardless of how delicious it was. But overall, the food was incredible. (Kayla Marie Hillier) 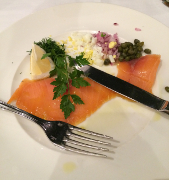 Milos, as you’re most likely aware, is known for its upscale Greek cuisine. You are surely also aware that even the very rich might wince at the price of dinner for two there. But I went alone, and I went at lunch, so my bill totaled about $33, with drink, tax and tip. For $20.13, I fucked with an appetizer of super-fresh Nova Scotia lox served with capers, lemon and olive oil, a tuna burger (the patty was too tough, but so goes tuna, I guess) garnished with daikon radish salad and served with zucchini fries, and, for dessert, baklava ice cream, which, as these things go, was decent, honey-ish taste and all. The best part of my meal was observing two guys in matching tan suits at a table nearby. I’m sure they—and the wait staff—appreciated my sleek combo of windbreaker and hoodie. (Lucas Wisenthal) ■ 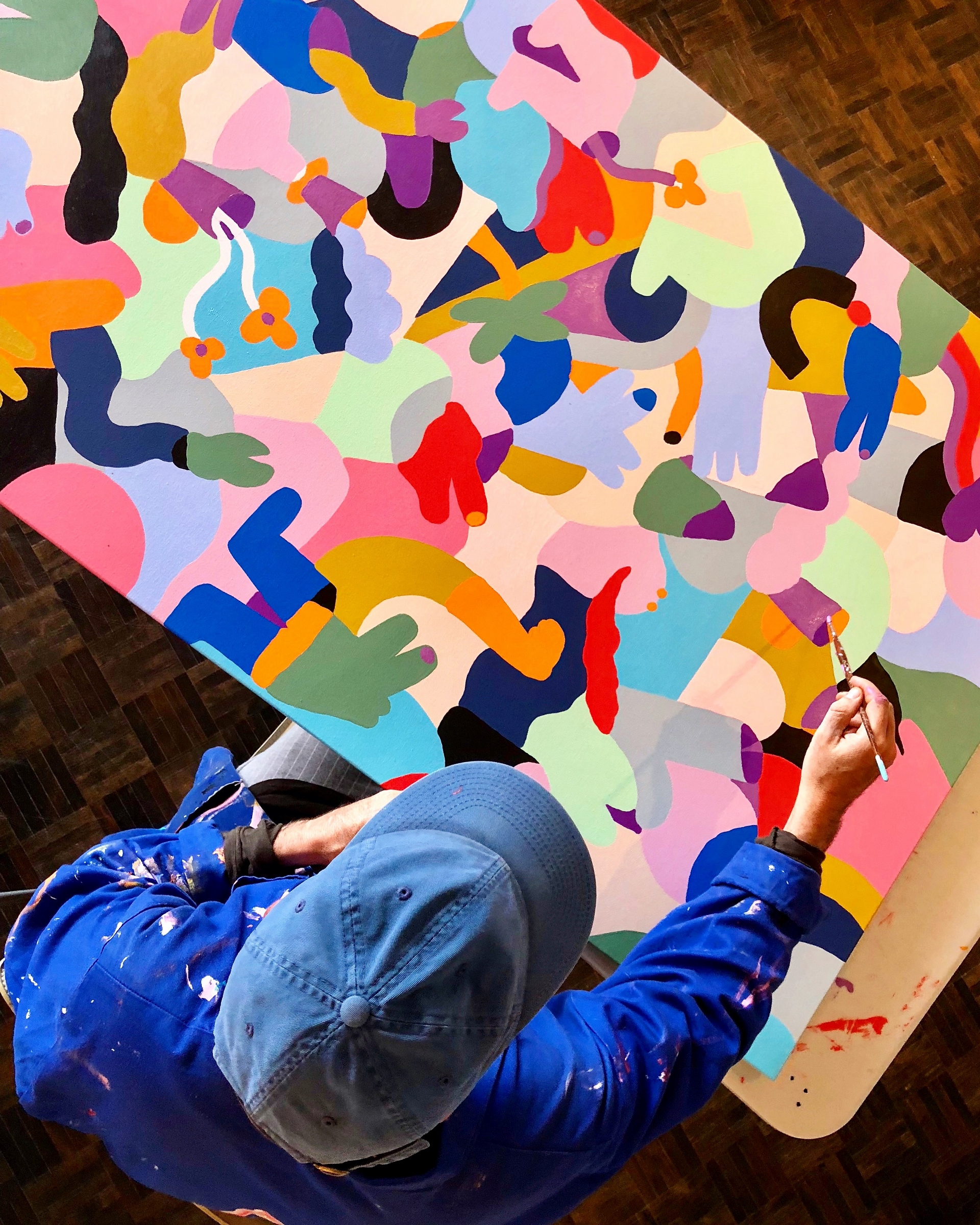 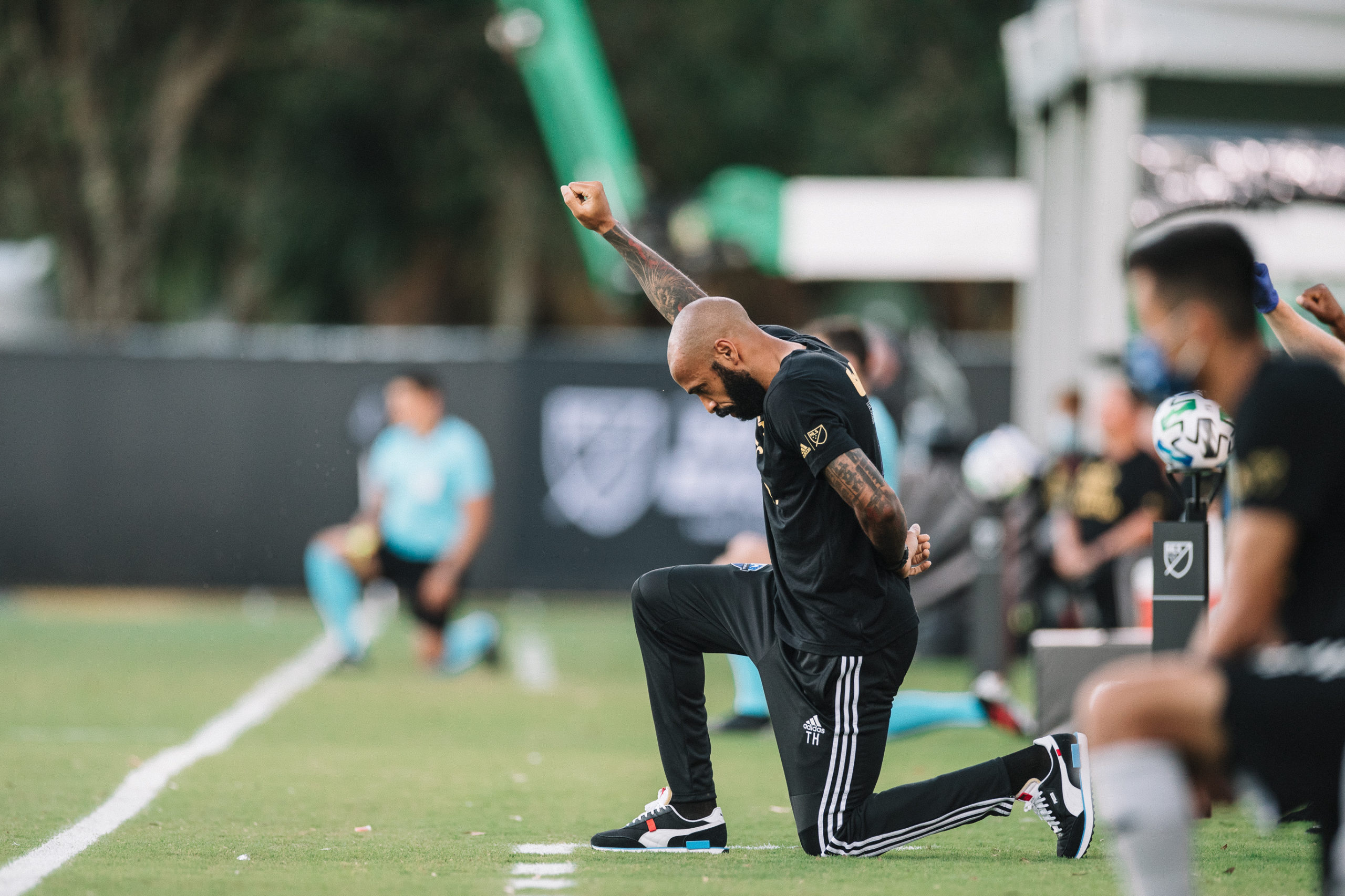