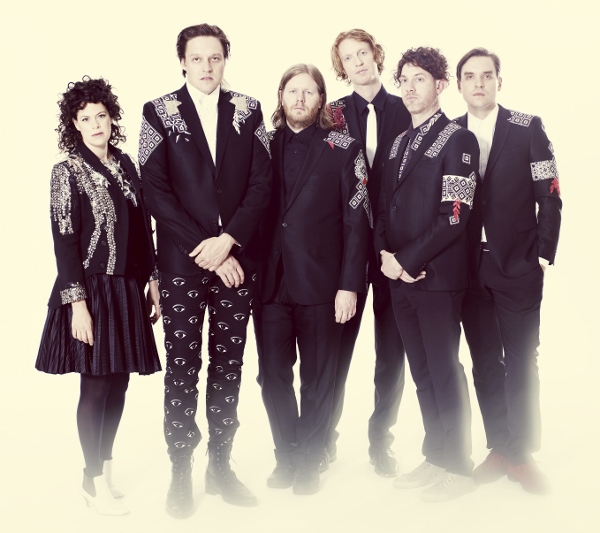 You know where Arcade Fire is at now. They’re on the radio. They’re on NBC, with their own half-hour special, dotted with celebrity cameos. They’re hanging out with David Bowie in the studio, and doing duets with Neil Young on stage. Their new record, Reflektor, is being pored over by critics across the Western world, and fans online, everywhere. They’re on the charts and the evening news, in magazines and in the newspaper you’re reading. They’re also in homes and hoods across the city, and, circa September, playing five shows at a tiny salsa club on Peel, just a few blocks from where they played a free show for thousands during Pop Montreal 2011. As far and high as they ascend worldwide, they seem to fly a little closer to the street when they’re here at home.

Long before their secret shows drew thousands and generated headlines, Arcade Fire was one of a handful of engaging indie pop bands that emerged in Montreal at the turn of the millennium. They recorded their first, eponymous EP, the one featuring the original version of “No Cars Go” and the old favourite “Headlights Look Like Diamonds,” in an upstate New York barn. Back then, opening for the Dears was a big deal. Headlining at Casa was a big deal. A decade ago, I interviewed Win and Regine in a crappy café on the Main (now Ruby Burma) as they talked about how most concerts are boring and overlong, and the audience’s enjoyment of the experience could be enhanced — with apples. I didn’t attend their next show, but I pictured them on stage at Casa in front of a crowd of hippies munching on Granny Smiths.

Even then, their promise was evident. The songs were great, and with every performance, the show became more and more intense. Not long before the release of their debut LP, Funeral, they opened for Toronto’s Hidden Cameras in a pop-up venue on lower St- Laurent, and despite the headliners’ formidable stage presence, they couldn’t top Arcade Fire’s sonic force and near-manic energy.

“There’s a difference between being in your 30s and being in your early 20s,” says Richard Reed Parry, sitting beside Tim Kingsbury in a room at the Hotel St-James, where I spoke to them in mid-October. “You don’t necessarily wanna be all-adrenaline, all-sweaty and all-screaming all the time, which is what we cut our teeth doing. Then it was like people wanted to see that every day for the rest of our lives. We’re not a band of Iggy Pops.”

If you’ve seen any of their recent performances, in footage or in the flesh, you’ll notice that the big-band dynamic is still there, complete with violin, sax and congas, but some of their new material is fitted with slower tempos and languid grooves. Of course, there are also sonic extremes, from mega-bass to dub-esque effects to ballistic guitars to wildly shrill siren sounds. But variety brings new dynamics to the mix, and to the mood.

“There’s a certain wanting-to-sit-back-into-the music- ness that’s more present on this record,” says Parry. “You can make a dance song that’s actually quite fast and bumping, but that you’re musically kinda sitting back into, both feel-wise and structure-wise.”

In this regard, the music of Nigerian Afrobeat pioneer Fela Kuti was an influence on some of the band members — Parry in particular — who took to Kuti’s tendency to craft songs with no beginning or end. “That spirit that’s in that music, that’s something I think was a mile-marker on this record, and in looking ahead to not wanting to be the exact same live band that we’ve always been. It’s like, ‘Wouldn’t it be nice to have songs go on for longer, and feel like we could just keep it going if we wanted to?’ So then you start to write and arrange things differently and not make it so tight and so concise or so adrenalized.”

Reflektor was largely recorded in NYC with James Murphy (LCD Soundsystem), but the band began work in Jamaica. Around those sessions, various members travelled to Carnival in Trinidad and visited Haiti, Regine’s parents’ home country, a place that Arcade Fire has aligned with via musical tributes (“Haiti,” from Funeral), charity endeavours (donating to and advocating for Partners in Health) and aesthetic choices, particularly in videos and attire seen in the long lead-up to this record’s release. And for the first time, echoes of the Caribbean worked their way into the music.

“Seeing 80-person steel orchestras, and just absorbing Caribbean musics, you can’t help but have your mind blown a bit,” says Parry. “Not that we would try to do what Haitian rara music is doing, but we certainly let some of those influences in.”

Strains of dub and rara and Afrobeat are used sparingly but definitely help set a tone for the record, along with the Greek myth of Eurydice and Orpheus that’s strung through the lyrics. As whole, Reflektor is a better record than The Suburbs, but that probably won’t translate into a second Grammy.

“That victory was less about us and more about the fact that something that’s really going its own way can break its way in on its own steam and on its own terms, just by doing what it does honestly,” Parry states. “We’re actually trying to make art that can achieve a level of mainstream success and media success where any teenager anywhere can hear about this band.”

MORE FROM OUR INTERVIEW WITH ARCADE FIRE

Lorraine Carpenter: Are you guys competitive when you look at other bands, the things they’re doing  and where they’re at?
Tim Kingsbury: It’s kind of a funny thing. I mean, that’s, like, pure ego. Amongst ourselves, we have been guilty of that, you know, like, “Fuck that band!” or whatever. But at the same time, if I search my heart I’m assuming — in terms of awards or competition on that level, or record reviews or whatever — it’s all fairly arbitrary. It has nothing to do with the quality of the art.

LC: Are you competitive on an artistic, creative level?
TK: Yeah, in a good way. I never feel angry about a great record [laughs all around].

Richard Reed Parry: That’s great kinda competition — bands trying to outplay each other and outshine each other in an artful way. It’s good when it’s for the sake of people trying to make way better art that lasts longer and is more awesome. When it’s just a pissing contest and people are trying to be more popular and win more awards or make more money, it’s pretty horrendous to witness, and there’s plenty of that going around as well.

LC: Tell me about James Murphy’s contribution.
TK: It’s funny, ’cause some of the songs he contributed the most to are the ones you’d least suspect. “Awful Sound (Oh Eurydice),” which is not at all a dance song — he got so excited about that song. He just kinda jumped in wherever we needed him. He certainly wasn’t like, “Okay, let’s make this more and more dancy.”
RRP: And he’s so into all music. We had toured with LCD [Soundsystem] a bunch, and if we had to say who our favourite contemporary band was, that would probably be it. When we saw them on the Sound of Silver tour, it was the best show, and immediately we were like, “This is the greatest band.” So there’s that thing that kind of just drew us naturally to wanting to work together. But there’s also — like, he has a super-diverse, wide, and extremely excitable taste in music. As do we, kinda. And that’s, above all else, the reason why it worked so well to have him work with us on this, ’cause we go in a lot of different directions and he is as excited to go in all those directions.

But of course we did have a bunch more sort of dance songs going in, and it was great to have someone whose specialty is dance music on board for that. But it was also really great to have him try and make things sound more like the Smiths, or wanna make things weirder sometimes, which is great. There was a convergence of sensibilities in that way — we get pretty spread out in many directions and he will get excited about all those things, too.

LC: So you set out to make dance music?
TK: A little bit, yeah. We definitely were writing songs you could dance to, and were aware of it. Like when we were working on certain songs, when we were trying to find the BPM or whatever, we’d be like, “Can you dance to that? It should be faster, you can’t quite dance to it.” It’s kind of more of an introverted record as well in some ways, possibly.
RRP: In some ways, yeah. And yet it’s kinda the most party record in other ways.
TK: Totally, but it’s like you’re partying with yourself a little [laughs all around]
RRP: End quote.
TK: Partying with yourself — and you’re crying a little bit, too [laughs all around].
RRP: Sure, yeah absolutely, there’s also that. There’s a bunch of Haitian percussionists that play on this record. We went and recorded this record, started making it in Jamaica and had taken trips to Haiti and some of us had been over to Carnival in Trinidad, and seen the, like, 80-person steel orchestras, and just absorbing some Caribbean things. Having those Haitian musicians come and lend a different percussionistic feel really changes things up. But we’re not trying to make Graceland.
LC: Or Sandinista!
RRP: No [laughs], well we talked about that one a lot. That’s a really interesting one.
LC: I figured. So that was really an influence?
RRP: In terms of them making a record that was way too long, or in terms of them making a record full of reggae songs? [laughs]
LC: Mostly the weird transitions and dub sound effects and the grab-bag of styles. But I wondered if it was really the Clash, or just the same Caribbean sounds that they were inspired by.
TK: I think we were all Clash fans before we were reggae fans.
RRP: I was a reggae fan first. But, like, the making-a-record that’s-too-long thing was kinda inspiring, actually. Look at this goddam record you can’t possibly listen to the whole thing — it’s unlistenable.
TK: Yeah, but there’s some great songs on it.
RRP: I probably haven’t heard some of the songs on that ’cause I just tune out. But there’s something sort of appealing about making something which does that, which is that, as a listening process, you know. Like, “Oh yeah, I like a bunch of songs on the first half but I don’t remember the second.” It’s like, I can’t remember the second half of The White Album, and yet it’s like the greatest album ever. Off the top of my head, it’s like, “Wait, what’s on the second half of The White Album — I don’t even know.” [laughs] ■ 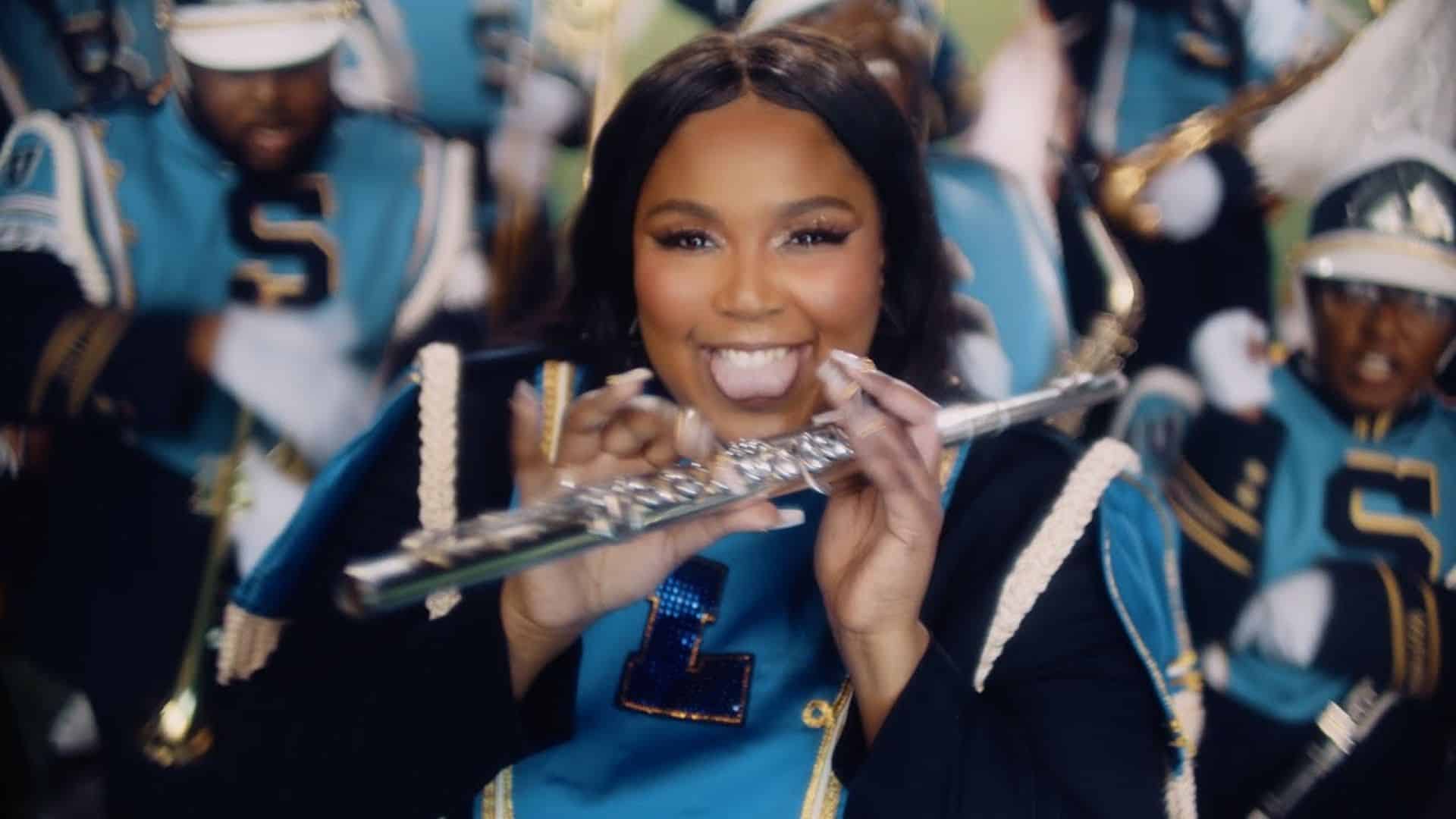