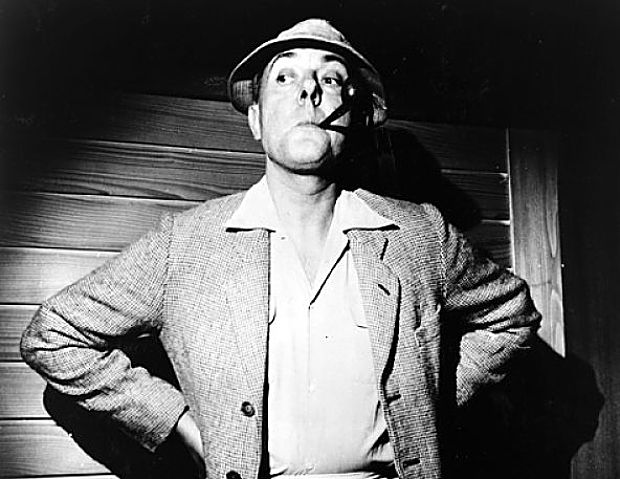 Although Jacques Tati only has six films to his name, the French director is considered one of the greatest filmmakers of all time.

Throughout the month of October, Cinéma du Parc will be celebrating his work by screening new digitally restored versions of his films until Oct. 24. We spoke to Raphaël Dostie from Media Relations at Parc about Tati’s importance as a filmmaker and his impact on cinema.

Kayla Marie Hillier: Why did you choose to celebrate the works of Jacques Tati?
Raphaël Dostie: We chose the works of Jacques Tati because we consider him both unique and important to the history of cinema. His films are timeless, and now they’re digitally restored with a quality of precision never achieved before. AXIA Films, a local distributor, just bought the rights for all his films, and we felt we just had to show them. It felt like an obligation towards the great master that is Jacques Tati and a mission we had to achieve for Montreal’s circle of cinephiles. Tati’s influence is still ongoing today, with David Lynch recently stating that he was one of the most important filmmakers in cinema and must be preserved. At Cinéma du Parc, we have to maintain these kinds of events in order to pursue our mission and offer cinephiles a different kind of programming… with an edge.

KMH: For people who aren’t familiar with Tati, why should they check out his films — why are they important?
RD: People should check out the films of Jacques Tati for their universal themes that cross cultural boundaries, which develop into a humoristic language appealing to everyone from five to 99 years old; for their critiques towards modernism and technology integrated in our daily lives; and for their timeless comedic touch relying on sound and masterful choreographies.

KMH: Is there a particular film that you’re excited about?
RD: I’m particularly excited about the screening of Playtime, Tati’s most ambitious project. Filmed originally on 70mm, this gorgeous film is a work of art filled with details that will leave viewers in awe, for many reasons. The set itself, a fully constructed replica of Paris in the near future — that cost a fortune — made the project epic and depicted a dystopian reality tinted with an overall impression of cold modernity, alienating people in the most funny ways! One of the other reasons would be for the sound treatment of the film — an artistic achievement that literally changed the way we hear films and began a revolution in sound effects and sound treatment. That film opens on Oct. 4, just like My Uncle, another amazing masterpiece that must be seen on a giant screen! ■

The films of Jacques Tati: 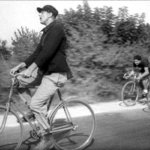 Jour de Fête
Every year a fair comes to the little town of Sainte-Severe-sur-Indre. This year, all the inhabitants are making fun of the postman François as he journeys through the festival. 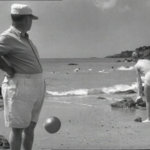 M. Hulot’s Holiday
M. Hulot arrives at a beachside hotel and starts to wreak havoc on guests and employees — accidentally. 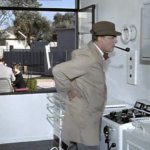 My Uncle
Hulot visits family and gets perplexed with all the new technologies that he’s exposed to throughout his travels. 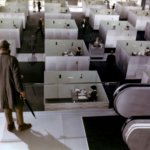 Playtime
This time, Hulot gets lost in Paris amongst strange architecture. He ends up roaming around with a group of American tourists, causing chaos in his usual manner. 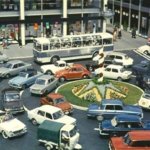 Traffic
Hulot tries to drive a vehicle from Paris to Amsterdam — hijinx ensue. 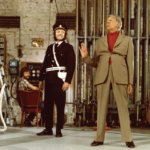 Parade
Two small children go behind the scenes at a circus, where Tati plays a clown.