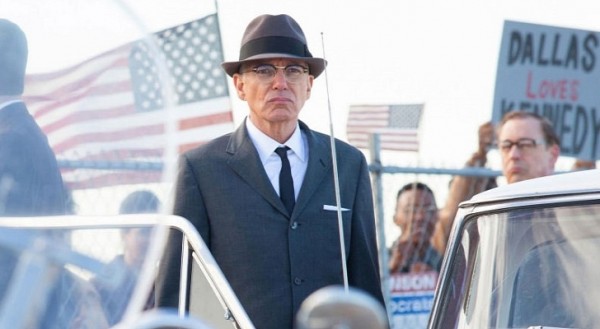 For my generation, none of us can answer that seminal question of where we were the day American President John F. Kennedy was shot in 1963. And yet, the violent drama of that event, now half a century ago (!), still pervades our collective consciousness and feeds our imagination and insatiable lust for drama, spawning myriad conspiracy theories and contradictory “factual” accounts. If you can suspend a knee-jerk reaction, which would dismiss Peter Landesman’s Parkland as yet another in a long line of tedious, histrionic attempts to revisit the sensational events of Nov. 22, 1963, you’d be forced to admit that the film brings something new and refreshing to this mythologized part of American history.

Parkland is an impressionistic film, conveying — without judgment — the chaos and immediate fallout of the assassination of JFK, from the perspective of the receiving hospital, the local police, the secret service and others immediately implicated by that fateful event. Without any sensational plot line or apparent desire to add to the persistent controversy of the-Grassy-Knoll-or not, I asked Landesman: Why make this film now?

Peter Landesman: Tom Hanks put Vincent [Bugliosi’s] book [Four Days in November] in my hands four years ago and I quickly realized that this is a story we really haven’t heard. We’ve heard 50 years’ worth of mythology and speculation, but we haven’t heard the truthful, honest, ground-truth from those to whom it happened: the people who were nearby, the people who were related to the killer, the doctors who were covered in Kennedy’s blood, and I felt an urgent mission to tell this story, because this is one of the most seminal moments in American history and yet we really hadn’t heard it yet. And we’ve been distracted for so long by the conspiracy speculation, but neglected what was powerful about it.

Anna Phelan: What are you trying to convey to audiences with this film in 2013?
PL: I’m trying to get audiences to experience surviving the assassination weekend as if for the first time, not as a period movie, but as in a bubble in which time stops. I’m trying to give them the experience of wading through it personally, what it might have been like to be directly involved, not seeing it from 30,000 feet, not seeing it from the point of view of conspiracists or the constellation of murder suspects, but just as victims.

AP: Bugliosi’s book, which this film was directly inspired by, dispels all the post-assassination conspiracy theories that have popped up and instead favours the official conclusion that Lee Harvey Oswald acted alone; why do people still debate the Oswald-responsible version of events vs. the myriad conspiracy theories that still abound?
PL: I think the intellectual chess game of the conspiracy theories is occupying, it’s obsessive; it’s also entertaining. People, through their own self-mythology, crave to be entertained and titillated, but the truth is — and I think audiences, when they see this movie, they see the truth of it in its simplicity.

AP: What do you believe?
PL: The movie doesn’t pick a fight. I’m not trying to add to the back-dialogue. That dialogue will go on with or without me, and with or without this film, but as a former journalist, looking at every theory and getting very close to the ground truth and the people to whom it happened, there’s simply no evidence — plausible, implausible, half-baked or fully-baked — that it was anybody but Lee Harvey Oswald. As a journalist, I can tell you, as a trans-national war-correspondent and crime journalist, I spent a lot of time with a lot of bad people, and nobody keeps a secret — it’s impossible to keep secrets. Conspiracies don’t survive because information is too fluid, there’s too much of it, and it’s 50 years — we’d know. We’d absolutely know by now.

AP: This film had an amazingly strong ensemble cast. What do you think drew all these A-list actors [Zac Efron, Paul Giamatti, Billy Bob Thornton] to the film, in which many of them only had 10-15 minutes of screen time?
PL: The screenplay was strong, and the actors were serious actors and I think they wanted to be part of this most serious story and they felt missionized, like I did, to uncover something about this story that we didn’t already know. And they signed on because they felt that this story, told this way at this time, became an imperative. Nobody made any money, so we all did it because we wanted to do it. ■